“The 20 minutes — yes, only 20 — of Paul Thomas Anderson‘s There Will Be Blood [that was shown Friday night at Telluride] looked great,” a friend writes. “Unfortunately, I liked those 20 minutes better than any complete film I’ve seen here. 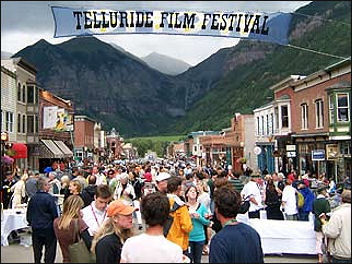 “The only truly awful thing has been Redacted, which is Brian DePalma‘s worst film ever. (And I still have The Black Dahlia fresh in my mind, so that’s saying something.) Beware, beware, beware of anyone who says they liked this picture. If they do you can never trust them on anything ever again.

“Post-screening the audience was shown a live q & a with DePalma via computer, with screenwriter Larry Gross conducting it and worshipping DePalma so sycophantically [that] I had to leave the room. Any respect I had for Gross went out the window. It was embarrassing to see.

“The movie I had the highest hopes for, Noah Baumbach‘s Margot at the Wedding, didn’t quite live up to expectations. (For what it’s worth, David Poland also pissed all over Baumbach’s film yesterday.)

“There are still two days to go, but I’m thinking Into the Wild probably is the best thing here.” Probably?

“This has been my 14th Telluride Film Festival, and it’s probably the first time I haven’t been blown away by something after my first seven or eight films.”