The Toronto Film Festival is over as of this morning. All that’s left to do is run sum-up pieces and catch the supposed so-so, straggler and left-over films because there’s nothing else to do. The coffee talk this morning is that TIFF programmers should ideally be re-screening the better films from the front-loaded first five days that people didn’t see because the schedule was so jammed. “They used to do that,” a veteran told me, “but things changed.” 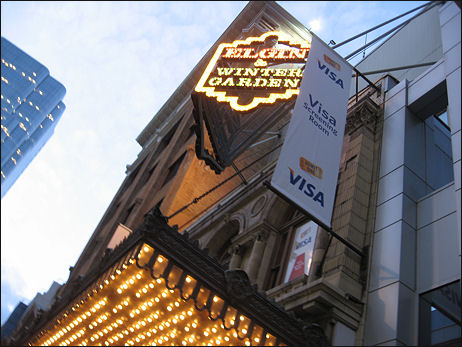 I’m going to try and catch a noontime public screening of Noah Baumbach‘s Margot at the Wedding, which I obviously have to see despite it having been written off (“minor,” “frustrating,” “dislikable characters”) by virtually everyone I’ve spoken to here. (I would love it if the naysayers turn out to be wrong, in my view.) There’s also a public screening of the respected Lars and the Real Girl at 2:30, and a 7:30 public showing of Rebellion: The Litvinenko Case.

September 13, 2007by Jeffrey Wells23 Comments
« Previous post
Argento review + Klady
Next post »
Clinton has it in the bag?