In this audio interview with The Envelope‘s Tom O’Neil, N.Y. Daily News film critic and amiable chatterbox Jack Matthews reiterates a basic perception about Best Picture Oscar contenders. Uhm…well, Jack doesn’t really explain it as completely as he could so I’ll re-phrase it.

The movies that tend to win (or come close to winning) always seem to do one of two things. They say something fundamentally true about life on this planet that most of us recognize (like American Beauty‘s theme that few of us take the time to appreciate life’s small, quiet wonders). Or they make us choke up in recognition of some buried or under-acknowledged emotional truth residing deep in our chest cavities. Or both. Exceptions happen, of course — The Departed, The French Connection, etc. But mainly the soft, squishy stuff gets the gold.

In this sense, as much as I hate to admit it, American Gangster is vulnerable because it doesn’t do either of these two things. I think (hope) it’ll be nominated anyway because it’s a mesmerizing valentine to ’70s cinema and an awfully good textural-procedural in the vein of The French Connection, Serpico and Prince of the City with a sprinkle or two from the Across 110th Street salt-shaker. It’s a wonderfully savory NewYork cops-and-bad-guys story that underlines shared values between the hunter and the hunted.

The fact that it lacks ambition by not trying to do much else makes it, of course, unpretentious as well, and much to my liking. But if the Academy hard-cases keep up with the complaints that “it didn’t make me cry” and the beef that “it’s not really about anything,” then there might be trouble down the road.

The notion of Naomi Watts playing the Tippi Hedren role in a Michael Bay-produced remake of Alfred Hitchcock‘s The Birds (which production sources prefer to call “a reimagining of Daphne du Maurier‘s short story”…bullshit) is at least a couple of years old. The basics were bandied about a year ago by myself, Hollywood Wiretap’s Nancy Vialette and TMZ’s Claude Brodesser-Akner.

But Martin Campbell is now signed to direct and Watts is still the star, so Variety is running an official announcement story.

As I said a few weeks ago, people have forgotten (or don’t want to acknowledge) what a stiff, stilted and unnatural film Hitchcock’s Birds really is. The first 30 to 40 minutes are pretty close to horrible. The child actors are detestable. It only takes off with the bird attack on the house, Jessica Tandy‘s discovery of the guy with the pecked-out eyes, the attack on the school, the legendary cafe scene (“It’s the end of the world!”) and then the attic attack on Hedren. It really could stand a remake, or (okay, whatever) a “reimagining.”

Here‘s what Hedren told MTV.com a few days ago about the Bay-Campbell project.

In The Sopranos: The Complete Book (in bookstores on 10.30), interviewer Brett Martin asks producer David Chase about that final cut-to-black scene in the diner and if there’s a puzzle to be solved.

The seed of the finale, says Chase, was “just that Tony and his family would be in a diner having dinner and a guy would come in. Pretty much what you saw.” The way it plays out, he feels, delivers “a definite sense of what Tony and Carmela’s future looks like. Whether it happened that night or some other night doesn’t really matter.

“There had been indications of what the end is like,” he explains. “Remember when Jerry Torciano was killed? Silvio was not aware that the gun had been fired until after Jerry was on his way down to the floor. That’s the way things happen: It’s already going on by the time you even notice it.”

This gets Martin’s attention. He says to Chase, “Are you saying…?” And Chase waves it right off. “I’m not saying anything. And I’m not trying to be coy. It’s just that I think that to explain it would diminish it.”

This one-sheet for Kathryn Bigelow‘s The Hurt Locker (due sometime in ’08) feels to me like one of the greatest war-film posters I’ve ever seen. For the brutal squalor of it, the hellish atmosphere, and because of the guy on the ground looking back and to his left and straight at us. 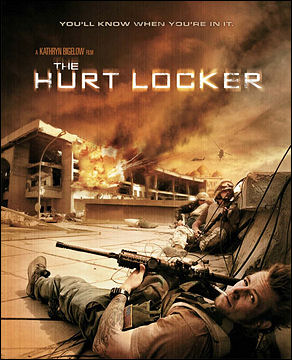 He seems to be saying, “You just gonna sit there or what?” That expression — the decision to make his face almost the entire point of the poster, the fact that he’s got that thousand-yard stare — is some kind of genius. Hats off to the art director who threw it together.

Now that the biological host-vessel has expired, the spirit of Joey Bishop will attempt to enter (or perhaps already has entered) Jimmy Kimmel. Every culture and era needs a Joey Bishop type. Somebody smart, sardonic, flip, deadpan. This doesn’t describe Kimmel to a T — he’s his own man, a guy who lives and dies by the wearing of elephant collars plus he smiles more than Bishop ever did — but he’s the closest thing we have today to a Bishopian figure.

The Cable Guy doesn’t belong on this list. The ending aside, it has its moments — I particularly enjoyed Jim Carrey shoving that hot-air blower into Owen Wilson‘s mouth. In its place I would insert Peter Fonda‘s Idaho Transfer.

And the ten best movies directed by actors? The Night of the Hunter, Ordinary People, Reds, Heaven Can Wait, Bulworth and…?

David Poland‘s 20 Weeks to Oscar column says “anything can happen,” meaning that it’s a totally wide-open Best Picture race. I don’t know anything either — who does at this point? — but c’mon….c’mon! It’s not a salad toss. It’s a definable universe and we all pretty much know what’s going on so why pretend otherwise?

Barring a cataclysmic rupture in the scheme of things, it’s going to be American Gangster (the spectacular ’70s grit, the tangy, rock-hard performances, the huge grosses), Atonement (the obligatory square-stately romantic drama entry with Vanessa Redgrave‘s killer ending), Before The Devil Knows You’re Dead (the go-Sidney! vote — people rooting for a guy still firing away in his mid ’80s — will be all but unstoppable), There Will Be Blood (the presumption that it’s Anderson’s finest coupled with an epic, Giant-like, Citizen Kane-ish brush) and one other.

Elements of doubt are creeping into the Charlie Wilson’s War bandwagon, and No Country for Old Men — the finest, deepest, saddest and most cinematically awesome Coen Bros. movie of all time — may run into resistance from the squares because of the final ten minutes. The fifth contender ought to be (but of course won’t be ) Once, Things We Lost in the Fire, Zodiac or The Assassination of Jesse James by the Coward Robert Ford. I will totally keel over and pass out if The Diving Bell and the Butterfly nabs the fifth Best Picture nomination.

30 Days of Night, the Josh Hartnett vampire film, will, of course, be the #1 film this weekend with a 60 general, 36 definite and 13 first choice — the trippiest, scariest entry in the pack, obviously destined to bring in the moronic (grunt-level, aesthetically challenged) majority. Fox Atomic’s The Comebacks, another attraction that guys like me don’t even want to know about, is at 48, 33 and 11.

Ben Affleck‘s Gone Baby Gone (Miramax) will probably be the strongest-performing of the weekend’s three sober dramas with a 60, 35 and 10. Gavin Hood‘s Rendition (New Line) has a 56, 30 and 5, and Susanne Bier‘s Things We Lost in the Fire (Paramount) has a 50, 35 and 6, so they’ll be neck and neck for 2nd and 3rd place among this somber trio.

Sarah Landon and the Paranormal Hour (Freestyle), another cheeseball attraction, is at 17, 22 and 1.

Touchstone and Steve Carell‘s Dan in Real Life (which is sneaking on Saturday night) is at 49, 35 and 4 — a lowish number for a film opening on 10.26.07. Which is why they’re sneaking it. One reason the numners are low is that people once trusted the costar of Little Miss Sunshine but now, after Evan Almighty and reports about Get Smart, they realize he’ll do just about anything for the right paycheck.

American Gangster, opening on 11.2, is at 76, 57 and 18 — likely to be enormous over the first three days, earning perhaps as much as $40 million. DreamWorks and Jerry Seinfeld‘s Bee Movie — 71, 33 and 5 — should be #2 with decent business. (The fact that they’re only screening it for the press next week means there are issues of concern. If they really had something, they’d be running with it earlier.) New Line and John Cusack‘s Martian Child is at 38, 21 and 1. 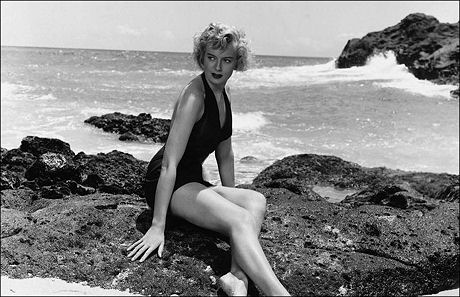