I drove to Santa Monica around noon today for a half-hour interview (a relative luxury these days) with Control star Sam Riley, who happens to be a very gifted and shrewd actor. His undeniably penetrating performance as Joy Division singer- songwriter Ian Curtis, who hanged himself in 1980 at age 23, has made him a bona fide Best Actor candidate whether certain handicappers want to acknowledge this or not. 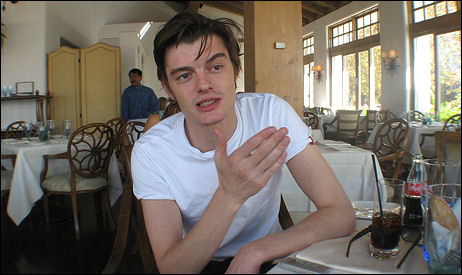 We sat next to a large window inside the beach-facing restaurant at Shutters. The bright sun and sand, the placid dark blue ocean and a perfect cloudless sky made for a picturesque view, although the grayish tan smoke from the Malibu fire was visible in the distance.

Riley, 27, had flown into Los Angeles yesterday for a few press chats and to attend tonight’s Variety-sponsored “10 Actors to Watch” event at the Beverly Hilton. He’s a bright, candid and settled fellow — a former playwright and musician who lucked out big-time when Anton Corbijn chose him to portray Curtis, and who now stands at the brink of possibly amazing things.

We’d met before in Toronto but hadn’t really spoken. Removed from Control‘s monochrome kitchen-sink atmosphere and the gloom-head Curtis vibe, Riley’s natural attributes — his lean movie-star looks and raspy English voice — come through all the more. Not to mention his relative ease and self-confidence. He talks in clean forthright sentences and seems to never avert his eyes. That mournful, edge-of-depression look he wears in Control is nowhere in sight.

The musician side of him is very much alive, though. You can sense he’s been through it and then some (his band was called 10,000 Things), and that he’s tasted his share of disappointment. 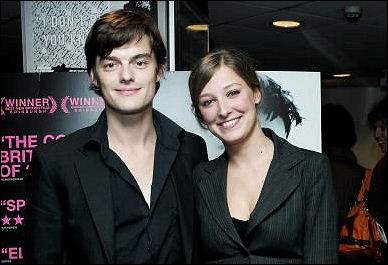 He seemed a bit shagged and fagged from the long plane ride from London, where he’s in the middle of shooting Franklyn, a four-character piece with Ryan Phillipe, Eva Green and Bernard Hill.

Riley and Control costar Alexandra Maria Lara, who plays Anik, the Belgian journalist who becomes Curtis’s extra-marital girlfriend, live together in Berlin. (She has a supporting role in Francis Coppola‘s Youth Without Youth, is currently shooting a German-language film called Der Baader-Meinhof Komplex, and has a role also in Spike Lee‘s Tuscany World War II film.)

Riley isn’t a huge fan of London, calling it too crowded and costly. Berlin offers spacious digs and good food, he says, and much more affordably. This has been his first-ever trip to Los Angeles, although if he were to park it in the U.S. I suspect it would be somewhere in Manhattan or Brooklyn. He’s that kind of guy.

Amazingly (or at least curiously), Riley has no American-based agent. He should probably have someone with a 310 phone talking things up and fielding offers, etc.

Even more surprisingly, he says that Vanity Fair hasn’t yet contacted him about posing for their annual Hollywood issue, which usually shoots in November and December. They always photograph the up-and-comers for that issue. Maybe they’re just getting their act together now. 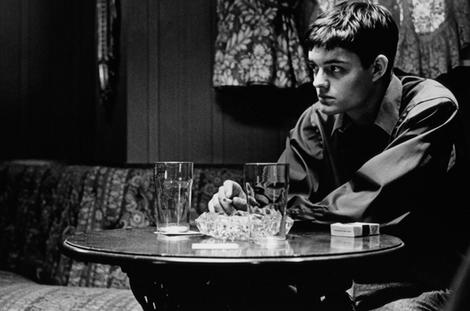 It’s eight months old, yes — probably old news to most of the HE wiseacres — and I remember seeing something like this a while ago…but not this precise one.

Paul Thomas Anderson‘s There Will be Blood (Paramount Vantage, 12.26) will begin a series of journo and industry screenings in mid November, but for those who can’t wait (i.e., persons like myself) it’s getting a special sneak preview at San Francisco’s Castro on Monday, November 5th. Thanks to HE reader Randy Matthews for sending all the info. 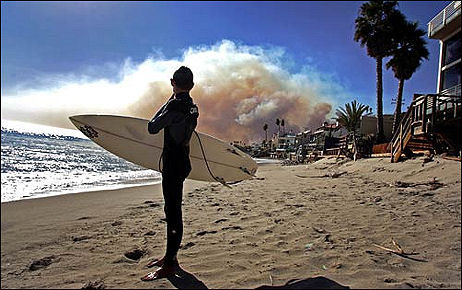 The Guardian‘s Peter Bradshaw is absolutely correct in his interpretation of this Lion King clip. The lioness Nala “is settling back in a very languorous and inviting manner” as she looks up at Simba, “and then we cut to a close-up on Nala’s face, and that…minxy facial expression of a Disney character who clearly and explicitly wants something that I can’t remember a Disney character wanting before or since: vigorous and protracted penetrative sex.” This is apparently the only animated sex scene in the 80-year history of Disney studios. 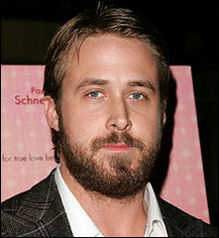 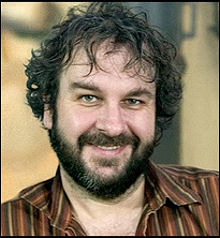