An Israeli correspondent has forwarded a 10.11.07 Hebrew- language news story from Haaretz, the Israeli news agency, that Eran Kolirin‘s The Band’s Visit has been disqualified from competing for the Best Foreign Language Film Oscar. The Academy’s foreign branch has determined that more than 50% of the dialogue is English and therefore, according to the rules, not eligible. 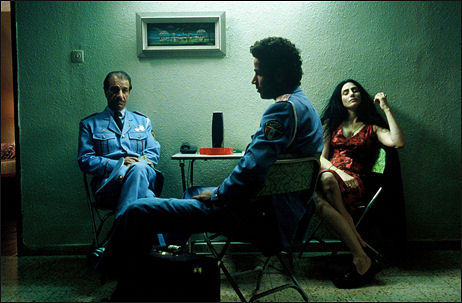