As N.Y. Times media columnist David Carr observed on 10.10, movies about rock bands and troubled musicians are pouring out like mad these days. And now, according to Spinner magazine, there’s a Blondie/ Deborah Harry biopic in the pipeline with Kristen Dunst as Harry and Michel Gondry directing. 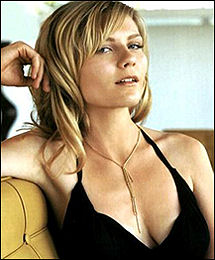 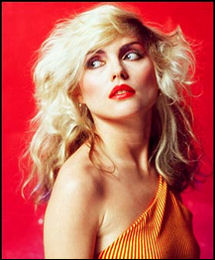 Blondie fans have reportedly been bitching about Dunst, apparently out of concern that she may not be soulful or sassy enough. I think Dunst is probably sassier than the Real McCoy. I spoke to Harry at an Oscar-night after-party about 12 or 13 years ago, and it wasn’t easy. She seemed pretty alarmed at the idea of a little chit-chat with a journalist. It was a very big deal between myself, Harry and her antsy personal publicist. After ten minutes of negotiating terms and time limits, I was thisclose to saying “forget it.”

I never met Patti Smith, but if I had something tells me she wouldn’t have been such a chicken.