Nikki Finke‘s latest Jeff Robinov bashing states that the Warner Bros. production president will receive a promotion in early ’08 that will “finally end his nightmare of running in place behind Warner Bros Entertainment Inc President and COO Alan Horn, ” largely because, as one source confides, Robinov is a slavish corporate toady “in complete submission to quarterly reports and bottom line [thinking].” Shocker! 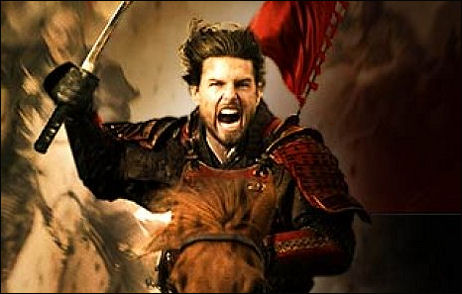 The thing that made my eyes pop is Finke’s astonishing claim that Horn “frequently says The Last Samurai [is] one of his favorite movies of all time.” That explains a lot, if true. What does it say about a company that can’t be bothered to properly promote across-the-country openings of The Assassination of Jesse James, easily one of the year’s finest films, and at the same time has a top-dog CEO who not only admires an unquestionably mediocre Ed Zwick film but regards it as one of his all-time favorites?

Even if Finke has it wrong about the “frequently” and the “of all time” parts (can this really be so? how could any presumably sophisticated Hollywood executive not only be of this opinion but state it repeatedly?), this Last Samurai anecdote will hang around Horn’s neck for years to come. It seems to be like a case of obiter dicta — words in passing — giving the game away. It’s one thing to say you admire a second-rate film or find parts of it extraordinary, but to put it at the top of your personal all-time list is something else.