Friedman on “The Golden Compass”

Having seen about a half hour’s worth of New Line’s The Golden Compass, Fox 411’s Roger Friedman said today “it will be the big holiday smash hit for which Hollywood is so desperate, without a doubt. It’s full of fantastic animals, all busy shape-shifting, talking and clawing their way to the front of the screen. From what I’ve seen, not only kids but adults too will want to go back and see The Golden Compass a second time for the menagerie alone.” 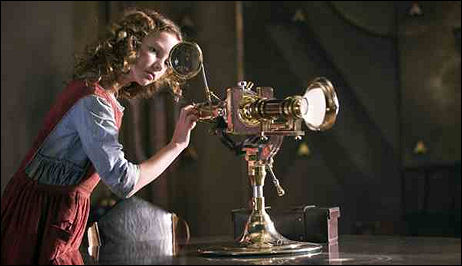 Is Friedman saying that even special-effects-hating, CG-animal-despising movie columnists who felt tortured by the Lord of the Rings series will want to go back and see it a second time, etc.? Having liked The Lion, The Witch and the Wardrobe, I’m hoping this atheist-minded CG children’s epic will be as good, but let’s take a couple of steps backward and remind ourselves that no one can tell anything about a movie from watching a half hour’s worth….nothing.

Anyone hip to marketing tricks knows that 30-minute product reels can be the equivalent of fool’s gold for early-word-spreading journalists. Product reels for Gangs of New York and World Trade Center hoodwinked several Cannes journalists into thinking the full-length films would be better than what they eventually turned out to be. I was once shown a 30-minute portion of Charles Shyer‘s The Affair of the Necklace and came out thinking, “Wow…could be Barry Lyndon-level!”