I sat down late this morning with the extremely bright and gracious Khalid Abdalla, 27, who plays the tortured lead character in Marc Forster’s The Kite Runner (Paramount Vantage 12.14). He delivers a first-rate performance as a San Francisco-residing, Afghanistan-born writer who goes back to his country to try and rectify a terrible error — a betrayal of a friend — he made as a child. Not incidentally, he’s also an immensely nice and likable guy. 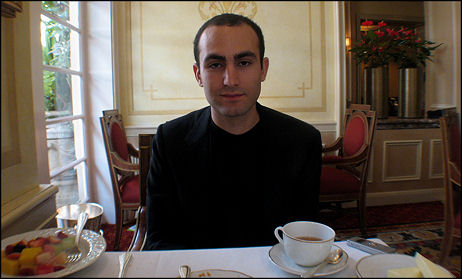 I had found Abdalla’s performance as one of the United 93 hijackers affecting also, particularly in the looks of doubt and conflict that he wore on his face throughout that harrowing Paul Greengrass film, so I was keen to speak to him when given the chance.

I’ll summarize our chat a bit more tonight or tomorrow morning, but here’s the mp3 of it. It goes on quite a while, but it’s easy to hear and make sense of. Abdalla, whio lives in southwest London, expresses himself clearly and concisely on a range of topics. Sorry, but I have to sign off now in order to make an 8 pm screening of a very important Oscar-level film.

Written by David Benioff and based on the book by Khaled Hosseini, The Kite Runner is an assured and touching drama about a universal experience, which is the need we all have for redempton and forgiveness. One could argue that with this film, his best since Monster’s Ball, Forster has corrected the three mistakes he made when he directed Finding Neverland, Stay and Stranger Than Fiction. 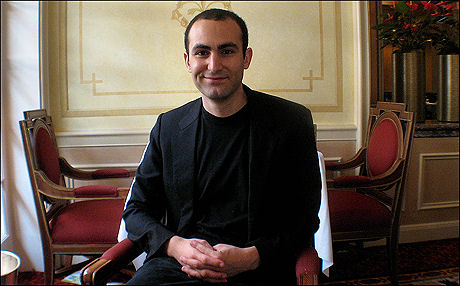 I don’t have time to write a review this evening either, but I can report that it seemed to emotionally connect with the Academy members I saw it with two or three weeks ago. There was a warm feeling in the room as everyone filed out. Forster’s film is screening this evening at the Academy, with a q & a to follow and then an after-party. I’m sure I’ll have a sense fo the rreaction by this time tomorrow.