“In addition to being one of the most beautiful movies ever made about rock ‘n’ roll,” Anton Corbijn‘s Control “also works, quite simply, as a story about a gifted and deeply troubled young guy who just couldn’t hold it together. Sometimes the stories you think you’ve heard a million times before are merely universal. 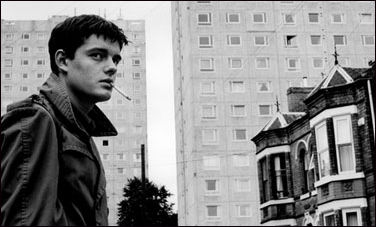 “This is, by far, the most rapturously beautiful-looking picture I’ve seen all year. The images have an almost satiny texture. Corbijn’s shots are always meticulously composed, as you’d expect from a filmmaker with a background as a portrait photographer, but even though they sometimes betray only the smallest traces of movement, they’re always alive, never static.

“The look of the picture reminds me of the early Beatles photographs taken by Astrid Kirchherr: Corbijn picks up on everything that’s innocent and open about these kids’ faces (and they were, after all, just kids). The suggestion is that they were standing on the cusp of something massive and overwhelming — that they’d been granted a wish that could either make or destroy them.” — from Stephanie Zacharek‘s Salon review, posted yesterday (10.10.07). 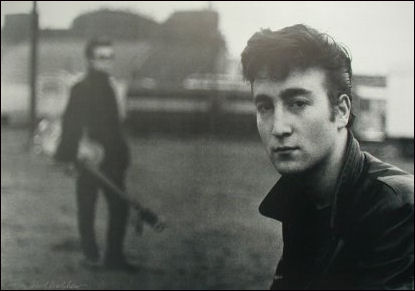