This Telegraph profile of Lions for Lambs costar Andrew Garfield is about as clueless as it gets. Writer Isabel Albiston presumes that Garfield acting in a film directed by Robert Redford will act as a launching pad for his career, when the backstage rumble says otherwise. Supporting actors never get the blame when a film bombs with the critics and/or the pubic, but they never benefit from this. Lambs certainly won’t catapult Garfield to stardom. 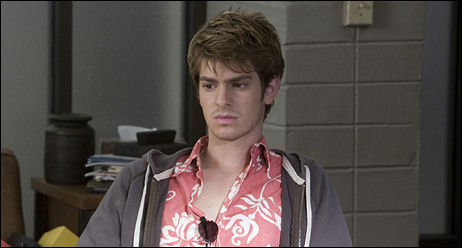 Odds are he’ll get a much bigger bump d’estime out of John Crowley‘s Boy A, which I saw at the Toronto Film Festival. The Weinstein Co. has acquired it. Harvey, don’t shelve this one!