I sat down yesterday afternoon with Cristian Mungiu, the 39 year-old Romanian director of the undeniably brilliant and masterful 4 Months, 3 Weeks & 2 Days. I finally saw the Palme d’or winner a couple of weeks ago and was convinced right away it’s all but certain to take the Best Foreign Language Oscar next February. It shows that Mungiu knows exactly what he’s doing mise en scene-wise. This fact is fully underlined in conversation. 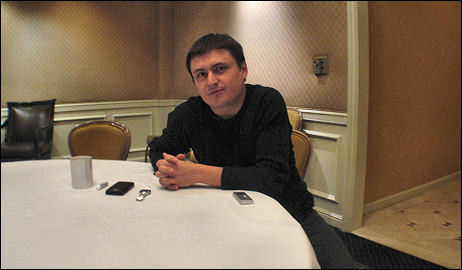 Calm, confident and obviously whip-smart, Mungiu speaks with a vast English vocabulary and a very faint accent. He’s a believer in pared-down, less-is-more realism, and he knows how to explain his cinematic aesthetic in a very clean and concise way. He listens carefully and knows his stuff. I could talk to Mungiu for days. The same “instant comfort” thing happens whenever I meet a good director from any culture.

A recently-announced European Film Awards nominee for Best Film, 4 Months, 3 Weeks & 2 Days will show at 6:45 pm this evening at the AFI Film Fest. The show is sold-out but there’s always the scalper option.

Mungiu said he next plans to produce an anthology film or two with fellow Romanian directors. He’s also intends 4 Months, 3 Weeks & 2 Days to be the first part of a trilogy about life in Communist Romania called The Golden Age. He says he’s also intending to shoot a film about the last 48 hours in the life of Romania’s long-time dictator Nicolae Ceausescu, who was overthrown and executed in December 1989.

As there are very few cinemas in Romania, Mungiu organized a travelling cinematic caravan around the country last summer (in the wake of his Cannes Film Festival triumph) in order to show 4 Months, 3 Weeks & 2 Days to the citizenry. He shot a documentary about the experience, and promised yesterday I’d be given a chance to see an early cut of it on Monday. Mungiu wants to include the doc on the 4 Months, 3 Weeks & 2 Days DVD.

“Anyone who sees this film and doesn’t feel shaken and humbled has a major aesthetic blockage thing going on,” I wrote about 4 Months, 3 Weeks & 2 Days on 10.23. “There are times when viewers saying ‘good film but too depressing’ can’t be and must not be tolerated. This is one of those burn-through movies that says basic things in ways that make other filmmakers say, ‘Why didn’t I think of that?’ (Or, in the Mike Nichols-Giuseppe Rotunno sense, ‘Why didn’t I revisit that?’)”

IFC Films will release 4 Months, 3 Weeks & 2 Days in early January after the awards and nominations will have accumulated. 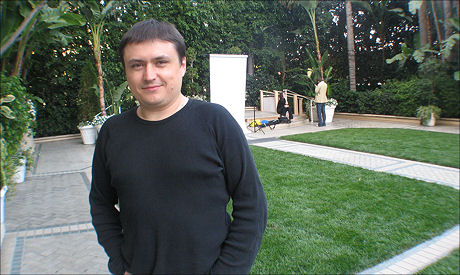