“Michael Clayton” is over the hump

Just acknowledging what I’ve failed to point out (despite everyone else having done so), which is that Michael Clayton will probably break even — made for $20 million (George Clooney took nothing), now at $37,181,284, will hit $40 million — so that early rap of being a financial under-performer that was slung around its neck for a few weeks doesn’t apply. For a smart, mildly grim, somewhat challenging film about corporate lawyers pulling this and that string, that’s an accomplishment. 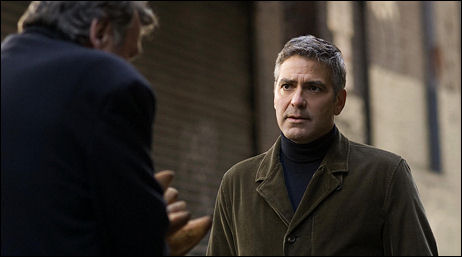 Pete Hammond has written about having done a recent post-screening q & a with Clooney, and quotes him as saying he “made slightly more [for Clayton] than I did on Return of the Killer Tomatoes, but not much.”

I’ve never felt that Clayton is Best Picture material. It’s a very smart, complex adult drama. It played for me a little better the second time than the first, and it’s been building ever since. I wouldn’t argue against Tony Gilroy‘s film if someone were to say to me, “No, it’s sublime! It’s one of the top five!” I would just say “yeah, I love it too, but do you honestly feel it’s on the same level as Zodiac or There Will Be Blood or No Country for Old Men or I’m Not There?” But I wouldn’t argue against it.

November 21, 2007by Jeffrey Wells13 Comments
« Previous post
Dismissing “I’m Not There”
Next post »
Best of the best