In an 11.12 Commentary piece, Kyle Smith straddles the line between praise and derision in this short essay about Cate Blanchett‘s already-legendary Bob Dylan performance in Todd Haynes‘ I’m Not There. When Blanchett “pops up it is immediately clear” — and as was the case with her appearance as Kate Hepburn in The Aviator — “that this is an Oscar role,” Smith says. 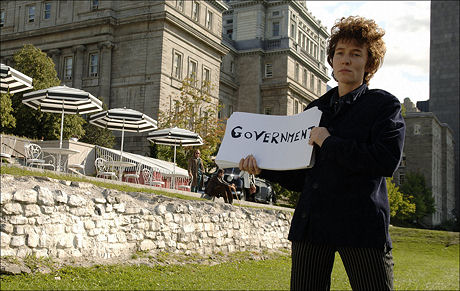 Cate Blanchett in Todd Haynes’ I’m Not There

What he means is that it’s one of those “look at me!” performances, and is more about Blanchett wanting attention for being adventurous in playing a guy than her finding the soul of the Dylan character and making it come newly alive. Smith is saying, in short, that Blanchett is faintly obnoxious on some level. He couldn’t be more wrong. She’s intoxicating. But more to the point, you can see into the angst and weariness of the Blonde on Blonde-era Dylan. (I’ve always loved that line “my weariness amazes me.”)

Has there ever been an Oscar-contending performance that hasn’t been at least partly about “look at me!”? Does Smith think Laurence Olivier wasn’t doing this in his 1948 Hamlet? How is wanting audiences to stop what they’re doing and pay attention to an particular actor’s energy or technique a bad thing? As long as these aspects don’t overcome the soul of a performance, where’s the harm?

“Though Blanchett is strenuously coiffed and made up to look like Dylan, [her] wisp of a figure and porcelain cheekbones make it impossible to forget this is a drag performance. In a scene in which her Dylan chases an Edie Sedgwick-like object of obsession around a park, she doesnÃ¢â‚¬â„¢t seem remotely masculine. She gives off no sexual hunger, no sense of need.” 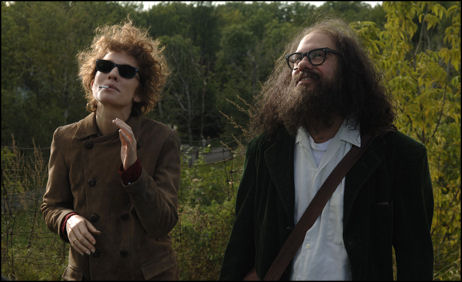 Exactly! She’s playing Dylan chasing a girl but also Blanchett-the-temporary-lesbian chasing a girl, which gives it a whosis-whatsis dimension. Nothing is totally straight and sincere in I’m Not There. Everything you see and hear is a kind of mind game. I loved this aspect. It’s so trippy and experimental that it almost leaves you with a kind of pot contact high.

“In the end,” Smith conclude, “all Blanchett ever needs in any film is our rapt attention.”

And she’s gotten it from me and just about everyone I else I’ve spoken to. She’s dead certain to be nominated for Best Supporting Actress, and you have to figure she’ll prevail with this and that critics group also.

Here, again, is a like to Kyle Smith online, and to his Blanchett Commentary piece.