Margot at the Wedding “isn’t a story of neurotics struggling to be loved” but an example of director-writer Noah Baumbach “struggling to validate middlebrow narcissism,” writes N.Y. Press critic Armond White. White can be oddly hilarious when he goes after someone, and in this case he outdoes himself by comparing Baumbach to a rodent. [Note #1: Running this item shouldn’t and doesn’t indicate agreement with White about the analogy, but I chuckled at it.] 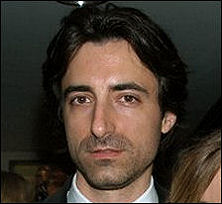 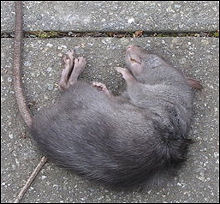 Baumbach “perverts lessons in humanity taught by Eugene O’Neill, Tennessee Williams and even Wes Anderson, the great visionaries of American family and class warfare,” White goes on. “He domesticates bigotry. The kitchen confrontation between Jennifer Jason Leigh‘s Pauline and Jack Black‘s Malcolm is not an ethical, emotional trade-off; each cowardly egotist talks at cross purposes through Baumbach’s smug dialog. He’s always looking for malice and humiliation, as when a rat is discovered at the bottom of the family swimming pool.

“Nicole Kidman tries making Margot pitiable, but she remains a cold actress. Brave Leigh, the finest film actress of the ’90s, gets disgraced. Baumbach not only turns Leigh’s fearlessness into Isabelle Huppert-style masochism, he offends her person with a scene where Pauline shits her panties. And we see it. Baumbach can’t guide us through troubled emotions like O’Neill, Williams and Anderson; he leads us into the shallow end of arrogance, conceit and ugliness. The rat at the bottom of the pool is Baumbach himself.”

[Note #2: Baumbach actually shows us a small dead mouse, not a rat. If I’m wrong, it’s one of the smallest dead rats I’ve ever seen, and I’ve seen a few. A real dead rat is the size of the one Marlon Brando holds by the tail in Last Tango in Paris.]