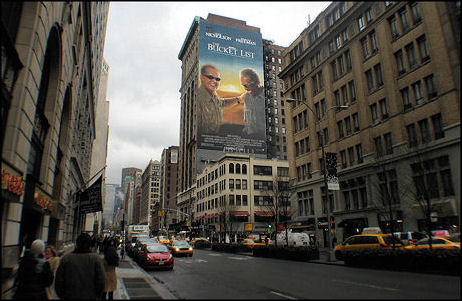 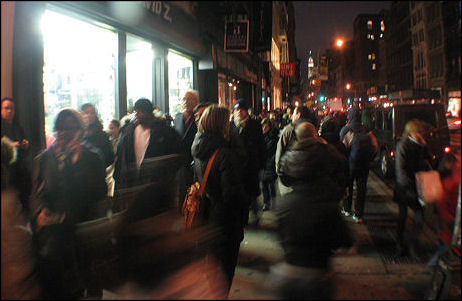 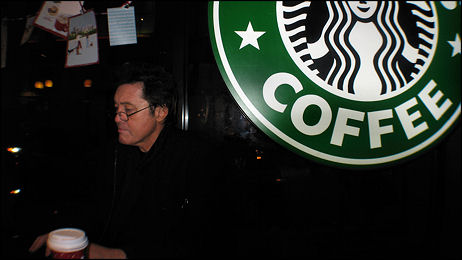 This is another travelling day, which means more down time. I’m looking forward to the day when I can file from cars, trains and planes without breaking a sweat. I foresee some kind of check-in around 5 or 6 pm eastern.

Re-edited on 12.28: The thousands who complain each and every year about the shallow obsessiveness behind the Oscar race reporting keep missing a basic fact, which is that tracking and handicapping the possible nominees and likely winners isn’t primarily about picking winning horses (although it is), or the gowns worn by female nominees or the Oscar telecast ratings or any of that other stuff which we all know to be transitional effusions of little if any value.
The reason the Oscar race grabs us the way it does each year is because it’s primarily about the championing of values. Day-to-day values, eternal values, cinematic values. It’s a yearly ritual in which we seek to define who and what we are by way of fighting for a consensus of judgment — among critics, the viewing and reading public, the various industry branches — about the values expressed in movies about things that matter, and about how artfully or movingly these things are conveyed.
The Oscar race, in short, is not the World Series or the Kentucky Derby or the Daytona 500 or the damn Superbowl. It’s a much more primal cultural exercise than some of us are willing to admit.
It’s a debate about various themes, visions and ways of dealing with life as presented in the top films (including films that never came to be regarded as “top” but should have been). And the debate is the point of it. It’s all that matters. The numerical winner is always forgotten within days, certainly weeks of Oscar night. So the race is about winning, yes, but at the same time not really. It’s really about what we figure out about ouselves — how deeply we care about this or that view or reflection or magical conjuring — as we approach the Big Moment, which is almost always an anti-climax unless there’s a big Pianist-like upset.
And of course, about standing by certain filmmakers, craft-persons and performers because they seem to be best at taking us on this or that journey. Some journeys won’t mean as much next year, let alone five or twenty years down the road. Some will gain. Some will evaporate — and those of us who choose to celebrate the evaporations in the lead-up to the Oscars will have to face the music down the road.
To what extent is the tenacious, resourceful, at times fiendish Daniel Plainview a portrait of core drives and feelings in our culture? Do we need a little more Chris McCandless in our lives, except for the part about blowing off our parents? Does the world of There Will be Blood resonate with our own, and if so, in which ways? And how should we respond if it is? Am I Robert Graysmith? Are you? Have we thought long and hard enough about abortion, and has there been another film that has made us feel the anguish of going through a late-term procedure as dramatized in 4 Months, 3 Weeks & 2 Days?
To what extent are some of us shaking our heads like Tommy Lee Jones‘ Sheriff Tom Bell and wondering how the hell things got this way? Do we believe that a man in his 30s can go back to his native country and somehow redeem himself for having abandoned a childhod friend and helped to destroy his life? How many of us have felt a sense of transitioning from one personality or identity to the next, a la I’m Not There? And if there’s no general resonance element in Todd Haynes‘ film, why do we find it fascinating?

May angels protect us from the moral absolutists, the bullies, and from the generally maniacal Middle-Eastern fraternity of wing-nuts who talk to God.

Will Smith was quoted two or three days ago saying he’d been misinterpreted over a recent remark he passed along to a reporter for the Scottish Daily Record about Adolf Hitler. “Even Hitler didn’t wake up going, ‘let me do the most evil thing I can do today,'” Smith said. “I think he woke up in the morning and using a twisted, backwards logic, he set out to do what he thought was ‘good.”‘
Exactly. Of course. Each and every person believes that whatever the world might think of them or their deeds, they’re basically decent, reasonable-minded folk whose mothers and in-laws think well of them. They also see themselves as trying to carry out or at least live by a plan that is not only moral but, in a certain way, visionary. Everybody has a rationale. Every bad guy looks in the bathroom mirror every morning and goes, “I’m not a bad guy. I have my flaws, my mistakes I have to live with. But I’m not that bad, not that bad.”
And of course, people have given Smith a hard time for saying this. The Daily Record reporter allegedly wrote, “Remarkably, Will believes everyone is basically good.” Remarkably, some people go through life with their heads encased in concrete.

I spoke to an older Academy member the other day about The Orphanage, Juan Antonio Bayona‘s genuinely creepy ghost movie that is Spain’s offical entry for the Best Foreign Language Feature Oscar. And his response was “well made, frightening…but why did Spain submit it?” Amazing — he regarded it as a straight genre exercise without any thematic or emotional subcurrents to speak of. The answer, of course, is that when a “genre piece” is this immaculate, all bets are off, thematic elements abound and all prejudices are set aside.

Before 2008 begins, a Cloverfield statement for the ages. I’m not saying the following will happen or that it needs to happen, but the highest expression of the Cloverfield idea would be to never show the beast. A bringer of horror and havoc that doesn’t finally exist except in our heads. There’s a way for a movie like this to be done right — all omens and tremors and chaos-around-the-corner — and if it was nailed just so, it could be beautiful. But of course, there’s the moronic-masses factor to consider. 97% of the mob out there would revolt if Cloverfield played this way. JJ Abrams obviously (a) knows this and (b) wants to stay flush and keep crankin’ out the Big Dreams, so that’s the end of that tune.