Amy Ryan is the front-runner

Okay, okay…Gone Baby Gone‘s Amy Ryan isn’t the surprise upstart in the Best Supporting Actress category any more. With four wins under her belt (from LAFCA, BSFC, NBR and the Washington, D.C.-area film critics), she’s the new front-runner. As much as I don’t personally support or agree with this, I’m Not There‘s Cate Blanchett is now the second-ranked underdog. The difference is that Ryan’s druggy Dorchester mom is a foul and offensive character while Blanchett’s “Jude” is a trip and a half. 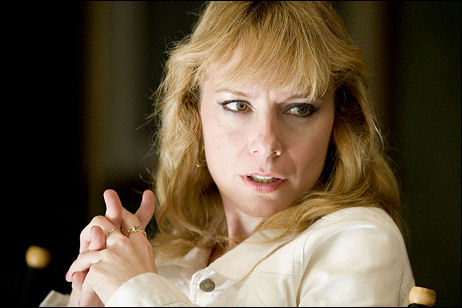