This 11.30 Variety article by Tatiana Siegel (with reporting by Anne Thompson) about the continuing insufficiency on the part of major distributors to adequately preserve their film libraries — including, surprisingly, relatively recent gems like Martin Scorsese‘s Taxi Driver — is one of the most soundly written and reported pieces on this subject ever posted by either Siegel or Thompson or anyone. 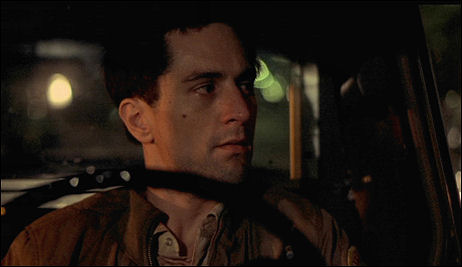 “With an eye on the bottom line, studios are reluctant to preserve or restore films for which they have no foreseeable distribution plans,” the article reads. “[And] preservation execs are facing impossible odds. Even though Columbia’s Taxi Driver is stored in Sony’s climate-controlled vault, it’s losing its color (though some critics have placed the blame on the restoration work Scorsese performed in 1996).

“Other vulnerable pics from the era include the seminal dark comedy Harold and Maude, which is in grave condition. Even The Godfather was recently in need of triage. Paramount sent the original camera negative to Warner Bros.’ facilities for color correction and sound remixing, among other restorations. The Francis Ford Coppola movie has been a consistent money-maker since its 1972 bow, on vidcassette, DVD and homevideo. If that movie is in need of repair, what hope is there for lesser-grossing films?

“Many 1970s films are suffering because they were preserved on a form of film called CRI (Color Reversal Intermediate), instead of a negative. ‘That particular form of negative turned out to be unstable and not good enough. A lot of the films had to be redone,” says Roger Mayer, a former MGM honcho who’s now chairman of the National Film Preservation Foundation.”