Is “Atonement” on the ropes?

“The filmmaking is so good and so well-polished that it crowds out the humanity….there’s no air…and the Vanessa Redgrave thing at the end is the writer-giving you a kind of [‘this is what it all meant’ wrap-up] thing that you feel you ought to have as a moviegoer. ..it’s kind of condescending, in a way, and I didn’t like that at all.” — Boston Globe critic Wesley Morris on Joe Wright‘s Atonement. 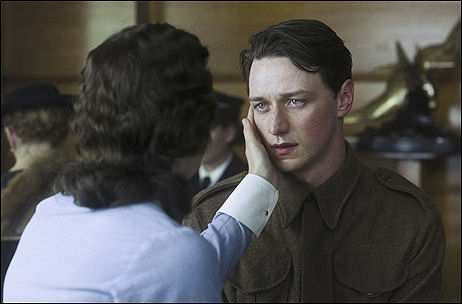 There’s no getting around the fact that a certain “hmmm” factor is clouding Atonement‘s Best Picture prospects. The British romantic period drama is one of my definite ’07 favorites and a very likely Best Picture nominee, but four times today I’ve read or listened to naysaying opinion — a pan from A.O. Scott‘s pan in today’s N.Y. Times, another one from New Yorker critic Anthony Lane, a mezzo-mezzo video report from the Boston Globe‘s Morris and Ty Burr, and a report from a friend who attended last night’s L.A. Atonement premiere and says some viewers felt it didn’t quite nail it or ring the bell that it should have.

“Really?” I replied when I heard the post-screening report this morning. “That was a fairly consistent view, you’d say?” Yeah, that’s what I was hearing from some people, my friend said.

This has brought me to the brink of concluding that Atonement (which looked like a Best Picture front-runner after Toronto but began to do a fade in early November and then came inching back a week or two ago) is starting to look like a limping thoroughbred. Maybe. It’s not Charlie Wilson’s War by a long shot, but at best it’s now even-steven with No Country for Old Men, and it may start to sink even further if at least one critics group doesn’t stand up and give it a Best Picture prize within the next three days. 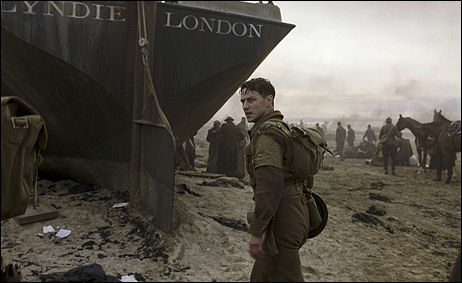 Atonement getting dinged by this and that critic doesn’t mean that much, but No Country hasn’t gotten dinged at all — the respect is growing and growing among all interest and age groups — and I think that means something. There’s always a vague corollary between critics and Academy/industry opinion when it comes to high-pedigree year-end films. I don’t want be an alarmist, but if Atonement doesn’t get a Best Picture trophy from the L.A. or Boston critics on Sunday or from the New York Film Critics Circle the following day — and particularly if No Country sweeps these three — it’ll be in real trouble.

In other words, the Best Picture race may well be decided by Monday afternoon. Did I just write that? Yes, I did. It may be in that the dye will be cast on a certain level. (Note: I’ve always preferred the metaphor of a spoonful of dye being dropped into a well or a bucket of water than a pair of dice being flung across a craps table.) I’m not saying that the Atonement shortfall (if and when it happens on Sunday and Monday) will decide things absolutely — obviously it won’t — but it will nonetheless cast a certain light and define the situation in a way that will make the pro-Atonement argument a little harder to sell.