The Boston Society of Film Critics has my respect for giving Starting Out in the Evening‘s Frank Langella their Best Actor award. Original thinking, outside the roster of usual suspects…good stuff. Langella’s performance as an over-the-hill Manhattan novelist is very skilled, restrained and almost somnambulant — the holding-back element is why it works so well. 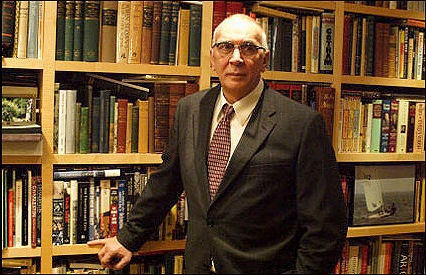 Two side-thoughts: Here we go again and due respect, but I don’t think Langella’s work holds a candle to Benicio del Toro‘s performance in Things We Lost in the Fire — it’s a different type of performance, obviously, but it doesn’t achieve anything like the catharsis that you get from Del Toro’s Jerry the junkie. (2) Everyone’s been assuming all along that Langella’s performance as Richard Nixon in Ron Howard‘s Frost/Nixon (out sometime in the late summer or early fall of ’08) will be a big score for him — I had thought this might kibbosh a chance of Evening acting awards this year.