An understandably frustrated reader named Franco Aray, addressing HE talk-backers, sent this note yesterday: “Did you people even see Control? Sam Riley and Samantha Morton should be near the top of the heap! They were both amazing! Way better than most of the actors on those lists this year!” 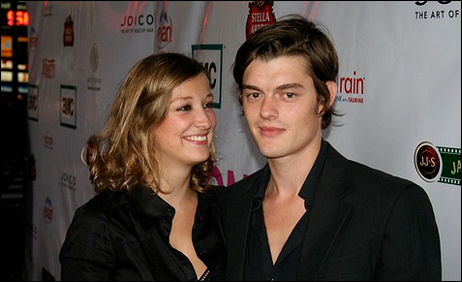 A modest but growing fraternity feels the same way. Red Carpet District‘s Kris Tapley reported yesterday that a SAG Nominating Committee group waited 30 minutes following a Thursday night Control screening for Riley’s arrival, which had been delayed due to a late-arriving flight.

“They love this guy,” Tapley wrote. “Riley is eminently likable with a superb sense of humor. I’ve done a lot of these [events], and it’s pretty special for a crowd to wait this long to hear an actor — an unknown, at that — speak about his or her performance in a film. We didn’t wrap up until at least an hour after the film’s credits had rolled, and that’s unusual to say the least.”

There’s another Control screening and after-party tonight at MGM’s headquarters in Century City. Roman Coppola is hosting. Obviously a fan, although the connection to Riley is by way of Sam’s girlfriend, Alexandra Maria Lara, starring in Francis Coppola‘s film Youth Without Youth.