Yesterday the WGA denied waivers that would allow the Golden Globes and Oscar awards show to use writers for jokes and patter. The Academy of Motion Picture Arts and Sciences was also told “no” on the use of clips from motion pictures and past Oscar shows — i.e., no clips of the performances and films being nominated. The mood of the producers, who had been in denial for weeks about this possibility, is starting to side-step into freak-out mode. But if they get creative the shows could actually be more fun. 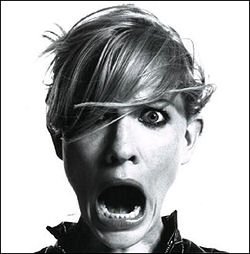 Film Experience author Nathaniel R. has come up with five suggestions for award-show diversions that won’t require writing. My two favorites are (a) all Best Actor candidates thrown naked into a Russian bathhouse set to fend off real life assassins with their bare hands, and (2) Sweeney Todd star Johnny Depp shaves the heavily-bearded Phillip Seymour Hoffman…live!