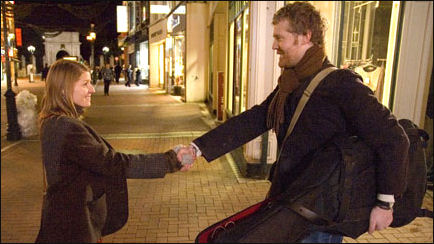 Variety critic Robert Koehler and I were having a beer at Joe’s Cafe this evening when a Barcelona-based journalist friend and a significant other dropped by to say hello. I asked the guy if he knew what the Spanish- language title of Woody Allen‘s latest film is. (The English-language title is one of the all-time worst from a significant American filmmaker — Vicky Cristina Barcelona.) His girlfriend/wife said it was Somewhere in Barcelona, or, roughly translated, En algun lugar de Barcelona.