The life and career of Heath Ledger, a deeply talented guy who sometimes played romantic heroes and at other times quirky loner roles that worked against his dashing good looks, is over. The brooding 28 year-old was found dead in a Manhattan Broome Street apartment earlier this afternoon. 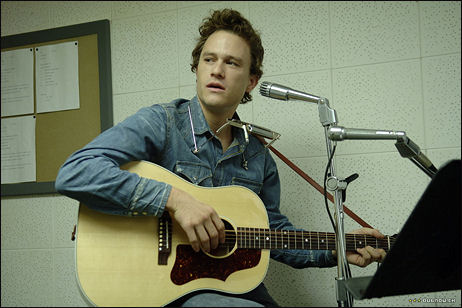 A CNN report says “a possible drug overdose was suspected” but a city desk N.Y. Times story says “signs pointed to a suicide.”

This is not a cause for weeping as much as a cause for anger and indignation. Brilliant, Heath! I knew him to say hello to, having bonded slightly during the 2005 Toronto Film Festival showings of Brokeback Mountain. He never gave me a guarded response to questions, was always cool about encounters. He liked to scrunch his face up instead of smile when I took his picture. He was shy, private, “moody.” Maybe he should have allowed less of those feelings in because this is totally friggin’ ridiculous. Heath Ledger dead?

A long lifetime of great performances lay ahead for Ledger. He could have easily kept working into old age as he never gave a damn about playing hunks — and now his life is over, his daughter (whom he had with ex-wife Michelle Williams) is father-less, and Warner Bros. is looking at some kind of uncertain future for The Dark Knight, which Ledger plays “The Joker” alongside costars Christian Bale and Michael Caine.

We all know what Warner Bros., the distributor of Chris Nolan‘s second Batman film, is going to say about this this tragic news. They’ll say the same thing that Warner Bros. said about James Dean‘s death when he was killed in a car crash in September 1955 with two movies yet to open — Rebel Without a Cause and Giant. They’ll say “this is a very sad time for all of us, and not a time for discuss grosses.” 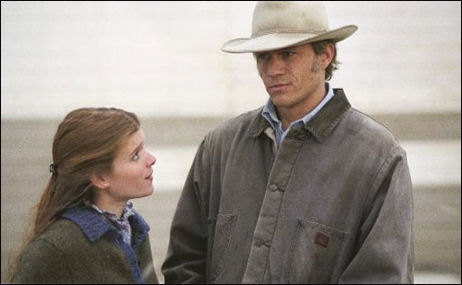 But you know and I know that the WB hardballers are asking themselves right now, “Will this adversely impact the Dark Knight box-office or will it enhance it, or will it have no impact?” The latter, I would think.

The Times story says that Ledger “was found dead this afternoon in an apartment in Manhattan, according to the New York City police. Signs pointed to a suicide, police sources said. Mr. Ledger was 28.

“At 3:31 p.m., a masseuse arrived at Apartment 5A in the building, at 421 Broome Street in SoHo, for an appointment with Mr. Ledger, the police said. The masseuse was let in to the home by a housekeeper, who then knocked on the door of the bedroom Mr. Ledger was in. When no one answered, the housekeeper and the masseuse opened the bedroom and found Mr. Ledger naked and unconscious on a bed, with pills scattered around his body. They shook him, but he did not respond. They immediately called the authorities.”
“The police said they did not suspect foul play.”

Ledger was nominated for an Academy Award in early ’06 for his performance as a closeted sheepherder in Ang Lee‘s Brokeback Mountain.

Here’s an updated 6 pm version of the N.Y. Times story.