I never could see Crispin Glover inside the “Grendel” in Robert Zemeckis‘s Beowulf. But I can foresee some people out there in ticket-buying land seeing…uhm, experiencing a little flashback ping in the coming days. Maybe. That’s all I’m going to say. 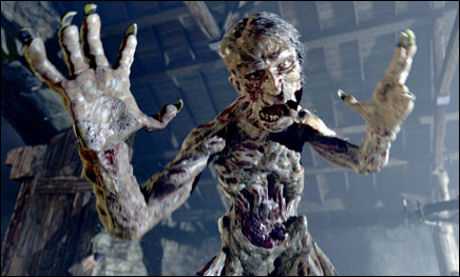 Does anyone remember that scene in At Close Range when Sean Penn and his gang are getting ready to rob a truck, and Penn tells Crispin Glover to stand watch and tell them when he sees it coming down the road? Glover eventually spots it, but he can’t just spit out the words “here it comes.” Because he’s “Crispin Glover”, he gets all spazzy and tongue-tied as he says in that half-nerdy, half-girly voice with one of his hands patting the back of his head, “Uhhmm….haaaeeeyyy? ….here comes the truck!”