“In Bruges” in a bar

Martin McDonagh‘s In Bruges (Focus Features, 2.8) is a much, much better film than the trailer suggests. It’s a classic “surprise” package — looks like nothing but fastballs, is actually about curves, sliders and change-ups. As bright and fully considered as a good play (no surprise) with affecting portions of heart, compassion and symmetry. And laughs — it’s a very funny piece. 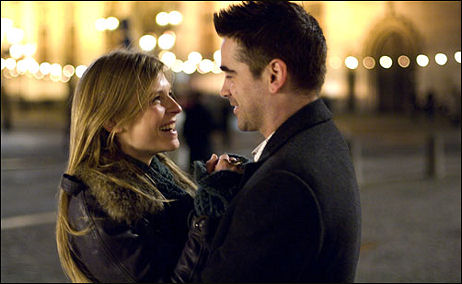 I’ve just come from the opening-night screening of this fascinating, above- average intellectual crime romp at Park City’s Eccles Theatre, and I’m waiting for the after-party to start at 10 pm.
The In Bruges trailer isn’t an out-and-out lie, but it ignores what’s really fine and special about the film. Critics and bloggers are supposed to spread the word (and I’m doing that right now) but why didn’t Focus let me see this film last Monday? I wouldn’t have to be sitting in a bar and banging this out right now.
We’re living in a twisted marketing world today. Got a gangster film that works for adult viewers as well as action fans? Keep the critics from seeing before it plays Sundance, and do everything in your power to persuade the adults in the ad campaign that this movie is not for them — sell only to the under-30 adrenaline junkies. Sell it as a hyper, funny, gun-crazy Guy Ritchie or early Quentin Tarantino crime film. Thematic richness be damned. Skillfully written characters, moments of tenderness, oddball humor…fuck all that! Just go for the guns, guys and popcorn. 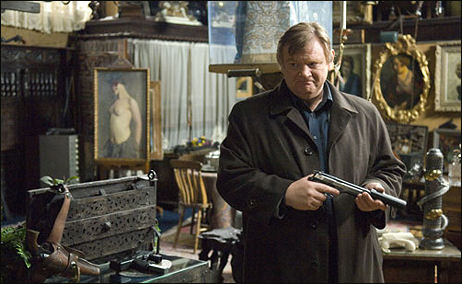 In Bruges has a good amount of gunplay and blood in the third act, yes, but it’s mainly about tourism, morality, character, good writing, humanity and terrible guilt. It’s about standing up for what you believe (even if it hurts), and also about on-the-fly whimsy and joy and weirdness and pretty girls and pretty views.
Did I mention that it’s funny and sometimes hilarious? I did?
In Bruges also delights because it offers another deeply touching performance by Colin Farrell, playing a young screw-up who develops a conscience and a soul along the way. It’s a revelation for those who may have thought Farrell was on the ropes. He’s found his thing — he magnificent at playing morally tortured losers. This on top of his enormously touching turn as a somewhat similar character in Woody Allen‘s Cassandra’s Dream tells me he’s turned a big corner.
McDonagh, a famed playwright in London and New York circles, has composed a delightfully skewed, carefully balanced watercolor crime movie. And shown at the same time that he knows from visual energy and how to make a scene or shot really come off. 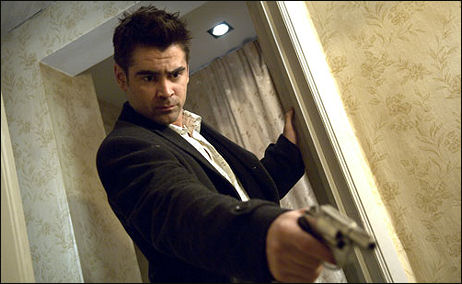 This is the best opening-night Sundance film I’ve ever seen. I know that’s not saying much because the tendency is always to play soft audience pleasers, but In Bruges is a lot more than just “pleasing” or “entertaining.”
Costars Brendan Gleason and Ralph Fiennes are awesome as well — funny, vulnerable, thoughtful. The supporting cast, in fact, is one of the biggest pleasures because every character has angularity, intrigue, particularity. I’ll get into this a bit more tomorrow, but this has been a delightful Sundance start.