TMZ is reporting that Brad Renfro, 25, was found dead at his Los Angeles home this morning. No cause determined, but it’s well known that the poor guy had grappled with drug problems (smack being one of the substances) for a long while. The report says Renfro “had been working valiantly to stay clean, especially since [last] summer.” 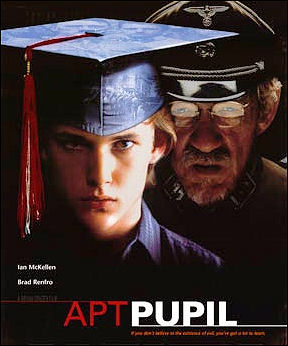 Renfro had recently completed filming The Informers, a Gregor Jordan film based on a Brett Easton Ellis novel set in the ’80s. His costars were/are Winona Ryder, Billy Bob Thornton, Kim Basinger, Mickey Rourke and Brandon Routh.
Renfro “has had a rough time personally since moving from Tennessee to Los Angeles,” the report says. “His parents split, and we’re told he did not have real guidance from adults as he tried navigating the treacherous movie industry.”
Renfro first splash was in Joel Schumacher‘s The Client (’94), but his breakout role — performance-wise — was in Bryan Singer‘s Apt Pupil (’98), which he shot when he was 15 or thereabouts. His last decent film was Terry Zwigoff‘s Ghost World, which was released six years ago.