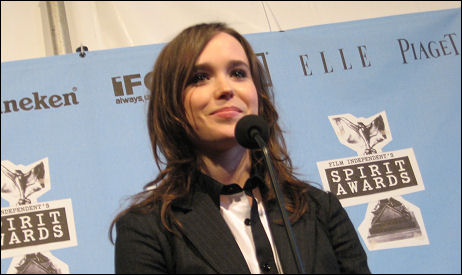 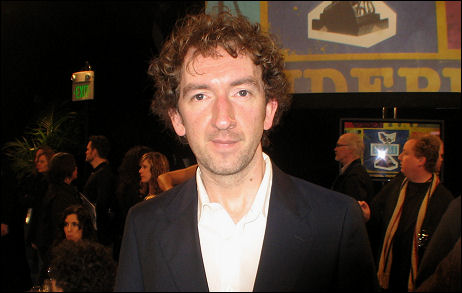 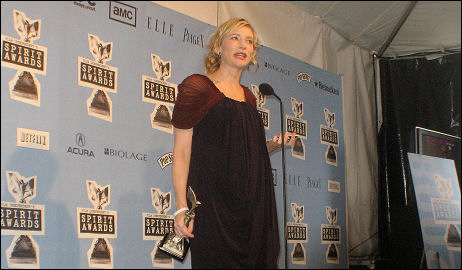 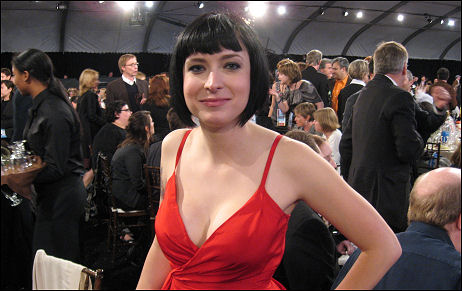 The wi-fi in the backstage press tent at the Spirit Awards is so pathetically weak that it insults the name. If I could find a 28 k dial-up connection, I’d take it. I’ve taken some good photos and have many impressions to share (80 % of which will evaporate by tonight or tomorrow morning) but it might as well be 1987 for all the connectivity here. (Typed on the damn iPhone.)

NPR’s Kim Masters and Pete Hammond talk about the unbridgable gulf between the savorers of Oscar-nominated films and performances (not to mention worshippers of 4 Months, 3 Weeks & 2 Days) and those enjoyed by Gorilla Nation.

I’m leaving now for the Film Independent Spirit Awards in Santa Monica. Well, within 15 or 20 minutes. They’ll be broadcast on IFC Channel starting at 2 pm Pacific. I’ll try to post reactions and photos as they happen.

Politico‘s Jeffrey Ressner is reporting that “a major documentary” about Sen. Barack Obama is being produced by Edward Norton‘s Class 5 Productions and directed by Amy Rice, sister of Andrew Rice, an Oklahoma state senator and U.S. Senate candidate.
Rice and Norton have shot “staggering amounts” of “revealing behind-the-scenes footage for the untitled project, which has been ongoing for roughly two years.” One advantage these filmmakers enjoy, says Ressner, is “near-exclusive access,” having “engaged directly with Obama and won his staff’s trust in the year before he even announced his presidential candidacy.”
But “it could be years before the Obama doc is even seen, much less has an impact on his reputation,” Ressner qualifies. “The film is still being shot and producers won’t begin editing until his race for the presidency has ended.”
What? Why wouldn’t Rice have been editing all along? Alex Gibney or Oliver Stone or Michael Moore would never play it this way. If she’s only just shooting and assembling footage with plans to start editing after the campaign is over, then I’m saying here and now that she’s a novice and a dilly-dallyer who’s not to be taken seriously.
A serious pro would have the final doc assembled no more than four to six months after this November’s election. If I were directing it I would try to get it into the 2009 Cannes Film Festival. Ass-dragging doesn’t cut it anymore in documentary circles. If Rice is only going to start editing nine months from now, forget it. Nobody will see anything until late ’09 or perhaps even 2010 this way. She’s not for real. The train is moving too fast these days with fortunes and changes in the national mood changing much too quickly to abruptly for documentarians to dither and delay and piddle around. 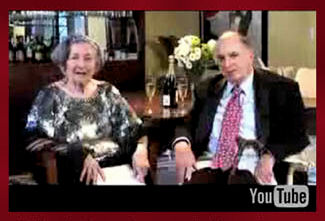 Newsweek‘s David Ansen has joined those predicting a win for Michael Clayton‘s Tilda Swinton in the Best Supporting Actress category. He’s not calling this a certainty as much as confessing he has a hunch along these lines, the rationale being that voting for Swinton is “a way [for Academy members] to honor a movie they like, and an uncompromising actor who’s paid her dues in movies both far-out and mainstream.” 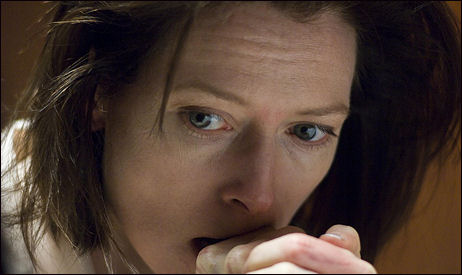 Ansen informs, incidentally, the Cate Blanchett‘s name is supposed to be pronounced “BLANCHIT and not BLANSHETTE, as if it were French.” He got it straight from the horse’s mouth. 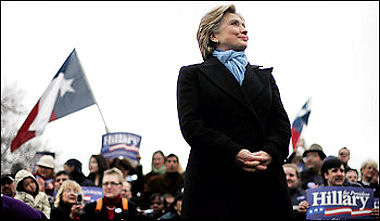 Vantage Point did about $7,963,000 last night with a projected weekend tally of $24.6 million, and it’s a total piece of shit. (Doesn’t matter, nobody reads reviews, America the Beautiful.) But three other openers have completely tanked. Be Kind Rewind will do about $4 million, Witless Protection will grab a pathetic $1.9 million, and poor Charlie Bartlett will only do about $1.6 million.
The Spiderwick Chronicles will come second in Sunday night with $12.7 million. Jumper will be third with $12 million even. Step Up will do about $9.2 million. Fool’s Gold is expected to take in $6.1 million. Definitely Maybe is $5 million even. Juno should do about $3.9 million.
Fantasy Moguls’ Steve Mason is reporting similar but slightly different figures.

“With the pressure to recognize big films declining, the Oscars’ role in movies has become more like that of Oprah’s Book Club in promoting literature: highlighting the obscure, unusual or unexpected.

“‘The academy is more concerned with rewarding the best film now than they ever have been. They’re less concerned with rewarding popular entertainment,” says Sasha Stone, who runs the industry blog AwardsDaily.com.
“That trend expands the eternal disconnect between the tastes of the academy and the tastes of the public. Would even fans of last year’s top box office-earner — Spider-Man 3, which took in $336.5 million — call it the best of the year?
“There Will Be Blood has to have awards success to do anything. It has to prove itself within that landscape,” says Kristopher Tapley, who follows award season for Variety‘s Red Carpet District column. “You can’t ignore that Juno is the biggest (platform release) since My Big Fat Greek Wedding,” the 2002 film that took in more than $240 million.
“No Country for Old Men, which has taken in $61.3 million, ‘is the Coen brothers’ highest-grossing film to date,’ Tapley says, referring to filmmakers Joel and Ethan Coen, known for their offbeat storytelling. ‘So there is obviously box-office bulk to be had (from the Oscars). There is an algorithm there.'”