Having read about this morning’s There Will Be Blood McDonald’s milkshake delivery, Toronto Star critic Peter Howell wrote just now to say that Canadians “know how to do a proper milkshake promo. 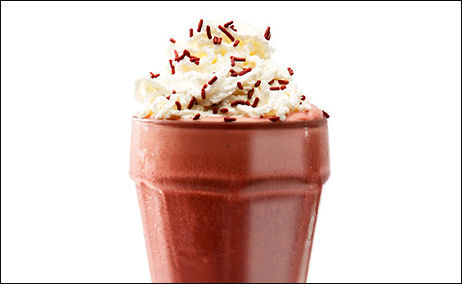 “Critics attending this morning’s screening of The Band’s Visit at the Varsity Cinema were intercepted going in by a rep for AMPR, the publicity firm that handles Paramount Vantage in Toronto. We were given printed invites to a special There Will Be Blood event after the screening, across the street at AMPR’s office.
“We were treated to high-quality milkshakes made from the milk of reputable Canadian cows — and we had a choice of vanilla or chocolate. No McDonald’s for us. A nice Canadian touch was the Timbits (tiny Canadian donuts) served with the shakes. A good time was had by all. We talked about how the only thing that could have improved the event was to go bowling afterwards.”