Memo to Brad Grey #2: In case your memory of The Friends of Eddie Coyle is a little fuzzy, here’s an mp3 of the film’s great dialogue scene: Robert Mitchum and Stephen Keats (playing a character named “Jackie Brown”) talking about guns in a diner. Blunt Boston crime- culture dialogue doesn’t get any better than this. (The first Grey memo — a request that he urge PHE president Meagan Burrows to release Peter Yates’ Coyle on DVD — was posted on February 2nd.) 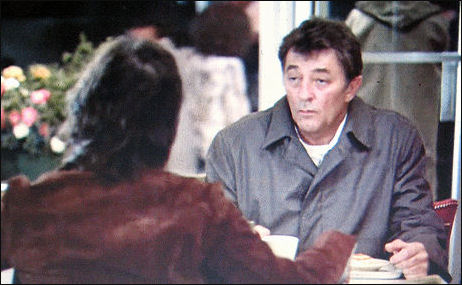 Update: I’ve called the Criteron spokesperson, Brian Carmody of Orange Media Relations, to ask if Criterion has licensed The Friends of Eddie Coyle from Paramount with the intent of putting out a DVD. Carmody hasn’t issued any press release about this that I know if, nor has he written or called to advise me of same.