“It’s an odd thing, but in recent years, just about every movie that attempts a sophisticated take on romance, has turned out to be strained and witless. All the successful recent comedies (The 40 Year Old Virgin, The Wedding Crashers and Knocked Up, to name three) have tended toward the raunchy end of the spectrum. It’s as if Hollywood’s wise guys have recognized that middle-class American life is just too complicated, perhaps even too inherently miserable, to get an intelligent handle on. 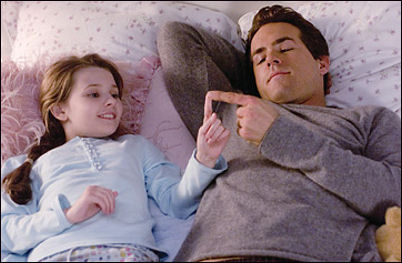 “You can’t quite treat [modern relationships] as a tragedy but you can turn to its first cousin — farce — and have some profitable fun with it. And who can blame them? Or us, for the benumbed state that something like Definitely, Maybe leaves us in.” — from Richard Corliss‘s 2.14 review in Time.