McCain steps in it

The just-up N.Y. Times report about a possibly romantic relationship eight years ago between John McCain and a lobbyist named Vicki Iseman (40 now, 32 then) is a bombshell, yes, but something feels insufficient. The events in the story happened so many years ago with the intimacy angle being denied by both parties — there’s no photo, no salacious evidence — that one wonders what the real-dirt story is. 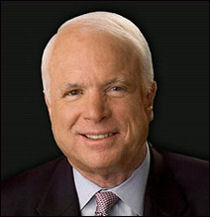 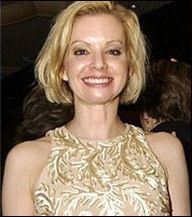 Upside: doesn’t McCain seem slightly younger now?
The story seems to be primarily saying now that McCain is as flawed as the next guy and maybe given to intemperate behavior in this or that area. Nobody has a perfect record. It’s entirely fair for news reporters to explore character issues of Presidential candidates, but a part of me is feeling badly for the guy. Matters of this nature should be off-limits unless some form of deliberate harm or cruelty was involved, or some form of provable corruption or lack of integrity was demonstrated.
“Convinced the relationship had become romantic, some of [McCain’s] top advisers intervened to protect the candidate from himself,” the story reads, “instructing staff members to block the woman’s access, privately warning her away and repeatedly confronting him, several people involved in the campaign said on the condition of anonymity.
“When news organizations reported that Mr. McCain had written letters to government regulators on behalf of the lobbyist’s clients, the former campaign associates said, some aides feared for a time that attention would fall on her involvement.”
If there are concrete facts or at least strong indications that Iseman’s clients may have benefitted with some form of favorable treatment in political or financial matters that McCain had domain over, where are they? There are allegations about “key telecom legislation before the Senate Commerce Committee” but I haven’t absorbed the particulars at this stage. The Drudge Report posted a story last December about McCain trying to get the Times to spike the story.
McCain’s statement about the story: “It is a shame that the New York Times has lowered its standards to engage in a hit-and-run smear campaign. John McCain has a 24-year record of serving our country with honor and integrity. He has never violated the public trust, never done favors for special interests or lobbyists, and he will not allow a smear campaign to distract from the issues at stake in this election.
“Americans are sick and tired of this kind of gutter politics, and there is nothing in this story to suggest that John McCain has ever violated the principles that have guided his career.”