Never much for European tradition (let alone San Francisco’s), Los Angeles is known for its commercial establishments disappearing or at least getting radically face-lifted every 15 or 20 years. Except for the old-codger music joints like the Roxy, the Troubadour and the Whisky a Go-Go. They alone seem to be the great buckers of the tide. 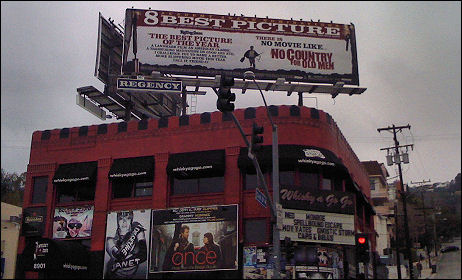 Imagine the steady pressure over the years to drop the “a Go-Go” part of the name. They could’ve just called it “the Whisky” and nobody would’ve noticed, but some old-school stalwart said no — we have to cling to the spirit of Shindig, the Doors, Buffalo Springfield, Hullabaloo, Frank Zappa and the Sunset Strip riots of ’66. Very odd for a town that has almost made a religion out of burying the past.