A friend has faxed me the pages of that John Hughes/”Big Baby” article that I mentioned the other day, the one that trashed him — despite Hughes being at the time the 25th most powerful person in Hollywood, according to the the then-thriving Premiere magazine — for being “one crazed, scary, capricious bully.” It turns out it was a January 1993 Spy magazine piece by Richard Lallich. 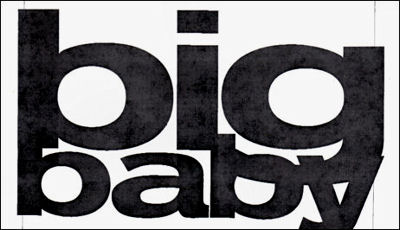 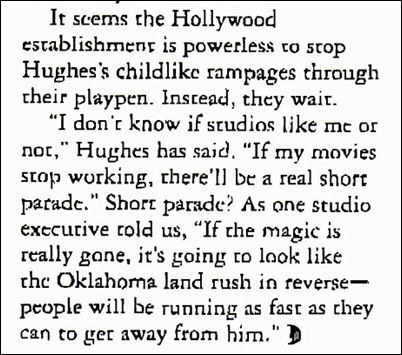 A former employee of Village Cinemas in Australia has responded to my recent post about the coming Gold Class operation that will charge up to $35 a pop for a super-deluxe movie-watching experience.
“Having worked for Village Cinemas in Australia, I can tell you unequivocally that the GC concept already works — and how. In Australia there are lots of these venues (check out villagecinemas.com.au for pix, locations, etc.) and these screens pack out.
“Often, Gold Class seasons outlive ‘standard’ auditorium prints. For instance, a recent acclaimed, high-adrenalin thriller played until after the DVD release. Same could be said for another semi-recent franchise re-boot.
“Most of the commentators have got it all wrong. The audience is not the glitterati (that’s just the sell), but in fact aspirational people who have cash but don\’t know how to spend it. The sort of people who would never go to the theatre or to a nice restaurant with fancy stuff on the menu. And while there’s upscale food on the menu, the highest seller is a Gold Class hamburger.”

I’d love to be in the room when the Democratic Party bigwigs — Howard Dean, Nancy Pelosi, Al Gore, Bill Richardson, Chris Dodd, etc. — finally find the backbone to stand up to Billary in a conference or hotel room somewhere and tell them, no wavering and no backtalk, that the race is over. Shut up, sit down and call it off…or pay the price for years to come. Sometime in mid May, I’m guessing, or maybe even after North Carolina. In the meantime, a new national poll from the Pew Research Center.

Eric Spiegelman, writing on a blog called Bus Your Own Tray, has made available a 1971 documentary executive produced by John Ford called Vietnam! Vietnam! Narrated by Charlton Heston, it was reportedly (and is evidently, to judge from having watched about 20 minutes’ worth) a work of propaganda commissioned by the U.S. government in support of the Vietnam War.

Vietnam! Vietnam! from Eric Spiegelman on Vimeo.
It is also, to put it mildly, a stain upon Ford’s hallowed reputation. An Irish Catholic and an unfettered patriot for most of his life, Ford was a rabid reactionary toward the end of his life, and took particular issue with anti-war movement and the whole long-hair hippie movement. Snarrrl!
Production on Vietnam! Vietnam! “began a few months after the Tet Offensive, and by the time the film was completed at the end of 1971, American policy toward the war shifted toward withdrawal and negotiation for peace,” Spiegleman writes. “As such, the film√É¬¢√¢‚Äö¬¨√¢‚Äû¬¢s message was obsolete and embarrassing the moment it was ready for distribution. It was never released.
“Federal law at the time prohibited the domestic exhibition of any motion picture financed by the U.S. Information Agency, which included Vietnam! Vietnam!. Ford√É¬¢√¢‚Äö¬¨√¢‚Äû¬¢s last documentary remained locked away in a vault for the next 27 years (i.e., until this year), when a change in the law allowed the National Archives to make it available to the public.
Spiegelman “learned about the existence of Vietnam! Vietnam! three years ago,” he writes. “Curiosity led me to pull the ancient reels from the National Archives and have them digitized. Years of neglect badly damaged the audio portion of the first half of the film, and my cousin painstakingly restored the soundtrack to the best of his ability.
“The documentary is, actually, quite terrible. Nothing about it even approximates a John Ford masterpiece. Accounts vary as to the extent that Ford was actively involved in the production — he apparently spent time on location in Vietnam toward the beginning of the shoot, but his advanced age and poor health kept him home during almost all of the principal photography. According to Ford scholar Tag Gallagher, Ford supervised the editing of the film and rewrote its scenario.
“Regardless, John Ford clearly wanted his name associated with Vietnam! Vietnam! — it reflected his strong belief in the cause — and it is incontrovertibly part of his repertoire.
“I offer the film here because it√É¬¢√¢‚Äö¬¨√¢‚Äû¬¢s a little piece of American history that very few people have seen, and for that reason alone it belongs on the internet.”
Any words, Joe McBride?

Morgan Spurlock‘s Super-Size Me made a convincing case for the harmful effects of a pure-McDonalds’ diet. I wonder if anyone has ever established a link between people suffering heart attacks and eating an Egg McMuffin (or worse, a Sausage McMuffin!) each and every day? I’m asking because the guy who invented the Egg McMuffin, Herb Peterson, the architect of the clogged American artery, died two days ago. 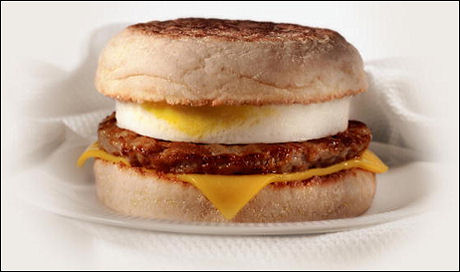 We know it’s not healthy, but I’ve eaten dozens of Sausage McMuffins over the years. I blame myself primarily, of course, but I also blame McDonalds for serving up the damn things. I’ve probably reduced my lifespan because of my weakness, but also because cackling McDonalds guys made them available, like any heroin dealer.

In the view of two knowledgable guys interviewed by AP reporter David Germain, Heath Ledger‘s death will — sadly, ironically — be a kind of boon to the fortunes of The Dark Knight (Warner Bros., 7.18). Germain states that Chris Nolan‘s film “has already emerged as arguably the biggest movie featuring a posthumous role in Hollywood history.” 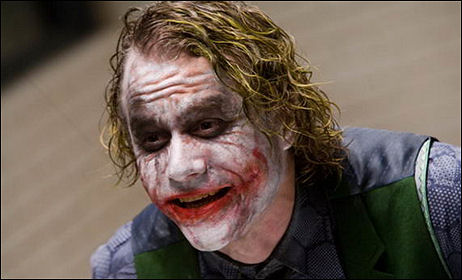 Everyone is tiring of seeing this same old Heath/Joker photo over and over — it would be nice if Warner Bros. would remedy this.

Bill Ramey, founder of the fansite Batman-on-Film.com, says that “more people will come to see [Knight] because of Ledger’s death. No doubt some people may be apprehensive about seeing it because there may be a little ghoulish factor about it. But I’m betting that more people now kind of look at it as a tribute to him, and the biggest tribute you could give someone is to go see it and enjoy his performance.”
Ball State University film professor Wes Gehring says “it’s a tacky thing to say, but what would have been a negative in the past now could be a positive thing. I think we’ve done a flip-flop on pop culture. Now it might actually be a selling point for a movie where you say, ‘So and so’s dead. Let’s go see his movie.’ What might have been a hindrance in 1935 now won’t be a problem.”
The list of major actors who starred in films after their deaths includes (1) James Dean (both Rebel Without a Cause and Giant opened after his car-crash death in September 1955), (2) Clark Gable (The Misfits came out 75 days after his passing on 11.16.60)), (3) Carole Lombard (To Be or Not To Be opened two months after her plane-crash demise), (4) Spencer Tracy (Guess Who’s Coming to Dinner arrived in December ’67, six months after Tracy’s death on 6.10.67), (5) Jean Harlow (Saratoga opened six weeks after her death on 6.7.37), (6) Robert Walker (My Son John came out in April 1952, 9 months after his death in August ’51), and (7) Montgomery Clift (whose final film, The Defector, came out in mid-November 1966, about five months after his death in July of that year.)

I’ve been told about three casting “likes” for Oliver Stone‘s W — i.e., actors who are wanted for the George Bush bopic but not (as far as my source knows) signed. Toby Jones (who plays legendary super-agent Swifty Lazar in Ron Howard‘s Frost/Nixon) is being sought to play Karl Rove. They want Jeffrey Wright to play Colin Powell, and they’d like Tommy Lee Jones to have a go at Donald Rumsfeld. Again — nothing firm, no contracts. 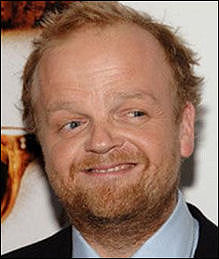 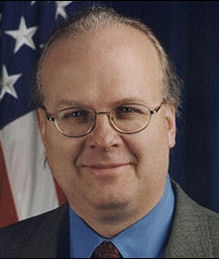 On the other hand, New York is reporting it could be Paul Giamatti as Rove. I actually like that a little better than Jones.

New Republic senior editor Christopher Orr has written a review of Robert Luketic’s 21 (Sony, 3.26) that’s based solely on the trailer. The point is that with 97% of today’s trailers giving 97% of the film away, who needs to see the feature? Orr says he’ll review the film itself tomorrow. I’ve seen the long version of 21 and can say with authority that Orr’s reactions aren’t very different from reviews of the film.

I knew the movie would be simultaneously pretty good and not great based on the opening trailer clip. Jim Sturgess, a part-time retail salesman, quickly tallies some numbers and percentages in front of a couple of customers. His character, an MIT student, is obviously a numerical whiz, but the moment is ruined when he smiles sheepishly and says to the customers, “I’m pretty good with numbers.” Nothing kills like over-emphasis.

Arizona Daily Star‘s Phil Villarreal is reporting that Kevin Smith‘s Zack and Miri Make a Porno (with Seth Rogen and Elizabeth Banks) will be released by the Weinstein Co. on 10.31. Phil says he was “was sour on the past couple Smith movies” but has a feeling “this one will match the excellence and rewatchable hiliarity of Smith’s first four: Clerks, Mallrats, Chasing Amy and Dogma, with an honorable mention for Jay and Silent Bob Strike Back. (Which I liked as well.)
The problem, for me, is that Villarreal has posted the one thing that’s given me pause — that “I”m Fucking Seth Rogen” music video that seemed really stale because it conspicuously rode the tail of the Sarah Silverman and Jimmy Kimmel videos that preceded it.

This Lou Dobbs-dissing trailer for Under The Same Moon (Fox Searchlight, limited) is fairly amusing. Created in-house by the Fox Searchlight guys, It’s airing on CNN today, and particularly on Dobbs’ news and commentary show.

Patricia Riggen‘s film, written by Ligiah Villalobos, is a heart-warming tale of a Mexican immigrant mom working as a domestic in Los Angeles, and her Mexico-residing son from whom she’s separated. Dobbs has been hating on illegal Mexican immigrants for years. There are three quotes in the trailer alluding to the film’s presumed emotional effect upon Dobbs — making him cry, melting his heart, etc.

There’s something hugely satisfying in Chuck Todd and Domenico Montanaro‘s “MSNBC First Read” summaries, which I read each and every morning. I love the internal-office-memo prose style. Their stuff is straight and unpretentious, and always fortified with comprehensive reporting and sharp observations.