Russian businessman and movie financier Leonid Rozhetskin, 41, who allegedly covered the shooting costs of Hamlet 2 single-handedly, may have been killed, according to a 3.26 Moscow Times story by Max Delany. 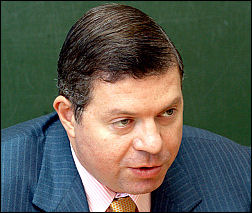