I can’t offer a link, but somebody (Joe Leydon?) recently quoted Pauline Kael as having said that she could tell if a movie blew by watching the first ten minutes. I’ve always been able to tell in less than five. Like with people, there are dozens of ways that movies give the game away early. In House of Games Joe Mantegna called them “tells.” 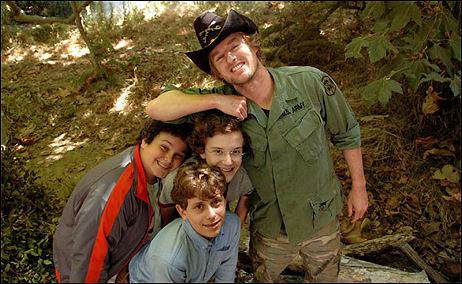 Sometimes I can smell trouble from an opening-credit sequence. Any comedy or relationship movie from a big studio that opens with a helicopter shot of a major city (you know the kind of shot I mean…swooping in over the bay, moving under a bridge) is almost certainly going to cause pain.
I’ve actually moved beyond credit sequences. When it comes to films I haven’t read the scripts of or heard stuff about, I can all tell a lot by just skimming an Entertainment Weekly preview blurb. I read it, other stuff kicks in, I get a fix. Here’s a rundown on the whole spring season, based partly on the EW article in last week’s issue (#980), partly on screenings, partly on film-festival buzz, partly aroma, partly knowing the directors, partly talk, partly insect antennae.
Out of 33 films, 12 are either known or suspected of being very good, good or decent second-raters.
High Calibre, Certainly Worth Seeing: Roger Donaldson‘s The Bank Job (3.7); Kimberley Peirce‘s Stop Loss (3.28); Martin Scorsese‘s Shine a Light (4.4). (3)
Promising but No Promises: Ira Sachs‘ Married Life (3.7 — good festival buzz); George Clooney‘s Leatherheads (4.4); David Mamet‘s Redbelt (4.25); Noam Murro‘s Smart People (4.11); David Ayer‘s Street Kings (4.11); Marcel Langenegger‘s The Tourist (4.25); Helen Hunt‘s Then She Found Me (4.25); Bill Maher‘s Sleepwalking (3.14); Thomas McCarthy‘s The Visitor (4.18). (9) 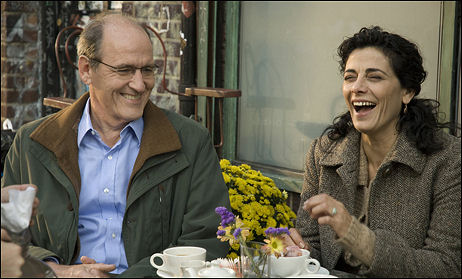 Richard Jenkins (l.) in The Visitor