All in the Family

Any film about sexual obsession and kinky-deranged inclinations has to have attractive actors — no ifs, ands or buts. That means you keep things within….how to say it?…somewhat conventionally appealing limits, which means steering clear of dweeby-looking actors with boney bods, pale freckly skin and red hair with that “just arrived from the Planet Uranus” look in their eyes. In this respect, Julianne Moore as the notorious Barbara Daly Baekland works just fine, but Eddie Redmayne as her totally weird son Antony does not. 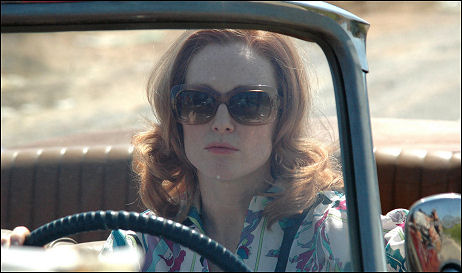