Michel Shane and Anthony Romano (I Robot, Catch Me if You Can) managed to get Variety‘s Dave McNary to write about how they’re developing Lifeboat 13, which is based on the WWII story of the four chaplains of different faiths who gave their lives during the 1943 sinking of the Dorchester after it was torpedoed by a German sub. 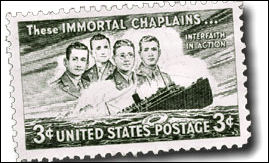 Read these two summaries of the four chaplains saga — — Wikipedia’s and this other hokey one — and tell me where the movie is. Wartime self-sacrifice deservedly wins medals, but a willingness to die so that other might live does not make for an interesting story in and of itself. Touching, yes, but certainly sad, but in a generic wartime sense. Their sacrifice lacks intimacy and therefore meaning, I would argue. Leonardo DiCaprio‘s Jack Dawson realizing Kate Winslet‘s Rose has to float on the wooden chest alone or they’ll both die of hypothermia has that element. Four men of the cloth helping and saving others from death is the stuff of war monuments, not movies.
On top of which the basic bones of the four chaplains story are nowhere near as interesting as the story used for Abandon Ship! (or Seven Waves Away), a 1957 black-and-white Tyrone Power film about a shipwrecked captain forced to order survivors out of an overcrowded lifeboat in order to save most of the others. Now that‘s a story! And there’s no way this sappy four chaplains movie will be half as interesting as Alfred Hitchcock‘s Lifeboat. Walter Slezak‘s character alone makes that film play nearly as well today as ti did in ’43.
So no intended offense but my advice to Shane and Romano is to pull the plug on their project. Forget it. The only people who might want to see a movie about the four chaplains being God’s good samaritans and then willingly freezing and drowning to death so that some of their fellow soldiers might live (even though dozens died anyway from hypothermia when they went into the water) will be the over-60 crowd and John McCain voters…maybe. 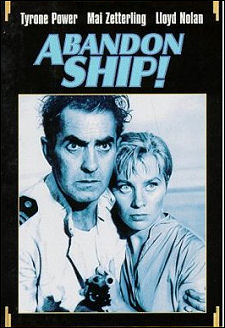 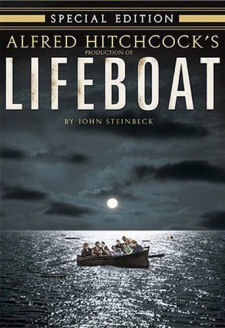