Grass will never grow under the feet of Turner Classic Movies when it comes to tributes to just-deceased actors. The programmers probably started calling each other late Saturday night after hearing of Charlton Heston‘s death, and they had a date — Friday, April 11th — and a lineup locked by this morning if not sometime yesterday. But they chose to show The Hawaiians (’70) along with The Buccaneer, Ben-Hur, Khartoum and Major Dundee. 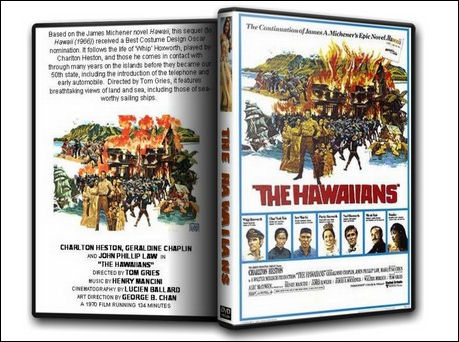 All actors wind up costarring in mediocrities like The Hawaiians from time to time, but their biggest nightmare as they pocket the paycheck is that, God forbid, TCM might show one or more of them as part of a televised tribute after they die. At least TCM isn’t showing Diamond Head (’63), an even worse Hawaii-set film which Heston starred.