The Up and Down Of It

“Lawrence of Latin America,” my Huffington Post article about Steven Soderbergh‘s two forthcoming films about Ernesto “Che” Guevara, went up a few minutes ago. I’ve said some of the same things in previous postings, but here are two taster graphs anyway: 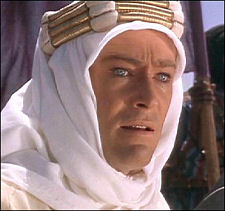 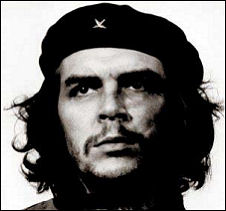 “If you love epic-styled movies you’ve certainly seen and loved Lawrence of Arabia, which also means you’ve been influenced by the great win-lose Lawrence theme. The first half of David Lean‘s Oscar-winning 1962 film is mostly about climbing the mountain — the dream, the struggle and the rush of an enigmatic hero fighting and winning an underdog battle. The second half is about tumbling down the other side as the cards — personal, logistical and political — turn against him.
“It’s the basic template for almost every ambitious life or grand adventure. Things are always glorious and heart-pumping when you start out with God or fate on your side, but sooner or later these same forces will hand you clouds, complications and downturns. Just ask Barack Obama.
“This theme is why I’ve been so enthused about seeing Steven Soderbergh’s Che Guevara films, The Argentine and Guerilla, for over a year now. Because Peter Buchman‘s two scripts, which I read in March 2007, made it clear that this two-part epic, which Soderbergh has been struggling to finish in time for the Cannes Film Festival and which reportedly runs over four hours, is essentially Lawrence of Latin America.
“Benicio del Toro, the moody and mesmerizing Marlon Brando-ish actor whose work keeps getting deeper and more fascinating, is all but certain to stir Oscar talk for his performance as Ernesto “Che” Guevara, the legendary Argentine/ Cuban firebrand. Even if the Che movies turn out to be problematic, Del Toro can’t not whip ass. He’s too strange, too gifted. Guevara is too perfect a role for him. All the stars and planets are aligned.”