One of the best critics in the business, Matt Zoller Seitz, who’s recently been doing freelance reviews for the N.Y. Times, has decided to bail on the profession in order to be a filmmaker. His comments about this decision suggest he also wants to absorb life in less neurotic, more open-pored terms. You know…a little of that Frank Capra-esque, final-ten-minutes-of-It’s a Wonderful Life quality from time to time. 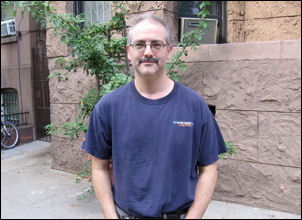 Seitz seems to think that a film critic’s life doesn’t provide enough in the way of cleansing “happiness moments,” like what some people get from walking in the woods or watching basketball or going bowling or murdering a deer in the forest with a high-powered rifle.
Well, it’s not supposed to do that…hello? If you’ve been lucky enough to be called to the profession of film criticism (or any profession that most people are unable to do for lack of talent or persistence or both), then you do that thing until you die at your desk — simple. And no moaning.
“There’s more to life than movies,” Seitz tells colleague Keith Uhlich, “and I don’t think that, ten years ago, I don’t think I would have said that. But I’m saying it now: there is more to life than movies.
“And I remember a conversation with Sean Burns — I think it might have been in the comments section of the blog — he casually mentioned that Gene Siskel, God rest his soul, was… there was somebody who looked down on Siskel for saying that he skipped some film festival to go to a basketball game. And Burns was completely approving of [Siskel], and I am too. I am too: Go to the goddamn basketball game! 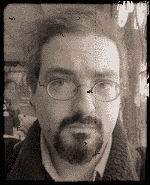 “And when I look back on those hundreds and hundreds of hours that I spent watching movies — many of which were not that memorable, and many of which did not tell a whole lot that I didn’t know — when I realized that they were hours that are gone now and I’m not getting them back…it makes me mad. It makes me mad, honestly, that I’m not gonna get those hours back. You know those are hours I could have been spending with my family. With my loved ones.”
Family? Loved ones? Movies were invented, in part, so you can occasionally escape from these good people. Those near and dear are fine in their time slots (weeknight dinners, Sunday morning, Thanksgiving, the occasional outing or vacation) but “family and loved ones” are certainly not my source of peace or serenity on a day-to-day basis. If you want to be hard-but-honest about it, you could refer to “family” and “loved ones” as your jailers. If you want to go there, I mean. You certainly don’t have to, of course.