Pressure Is On Soderbergh

I’ve heard some credible-sounding information from a couple of solid guys about The Argentine and Guerilla, Steven Soderbergh‘s Cannes-bound Che Guevara films. And the situation, they’re telling me, is more or less as follows: 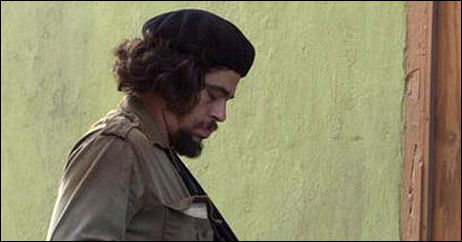 (1) The second of the two films, Guerilla, which deals with Guevara’s failed attempt to incite a revolution in Boliva in 1967, is pretty much done, largely, I gather, because principal photography was completed on this one before it was on The Argentine, which is about the triumphant Cuban revolution from ’56 to late ’58. (I’ve written the films’ producer Laura Bickford to clarify this and other matters.)
(2) Right now, I’m hearing, Soderbergh is jacked and sweating bullets in a Manhattan editing facility getting The Argentine into showable shape in time for Cannes. One guy says he’s been told by a Warner Bros. source that Soderbergh is determined to get the film[s] done in time for Cannes. Another guy told me he’s heard the chances of The Argentine being “ready-ready” are “less than 50%.” And yet Soderbergh, he adds, repeating what the Warner Bros. guy passed along, is said to be confident he can have The Argentine in some kind of decent shape by the mid-April deadline, or roughly ten days from now. Of course, he could always screen The Argentine as a not-quite-completed work in progress a la Apocalypse Now.
(3) It’s been deemed crucial in the view of various players, including Wild Bunch topper Vincent Maraval, the film’s Paris-based financier who’ll be selling the distribution rights to an as-yet-uncommitted U.S. distributor, that The Argentine and Guerilla should be shown in Cannes as a single unit consisting of two parts. Soderbergh has said he’d wants the films to come out in tandem or something close to the same time (i.e., maybe a couple of weeks or a month apart).

(4) It’s also very important to get The Argentine done for Cannes because it’s the more “up”-ish of the two…more exciting, more rousing. It’s about struggle and success. Well written as it is, Guerilla is pretty much about struggle and failure. Peter Buchman‘s Argentine script seemed complete on its own terms, but Guerilla, I thought, needed the Argentine counterweight.
(5) A potential buyer confides that “it’s a tough deal…looks like a tough deal. Two Spanish-language films, no dubbed English versions, gritty subject matter, possible rancor in some sectors of the U.S. — the right-wing Cubans in Miami, say — when the two films open.” The upside, he adds, is you have a likely Best Actor contender in Benicio del Toro‘s performance, and possibly other award-level attributes, including, obviously, the two pictures themselves for Best Picture.
“”All you have to do is sell it to all those kids who’ve hung that Che poster on their college bedroom wall,” he said.
Variety‘s John Hopewell reported from the Berlin Film Festival two months ago that Wild Bunch’s hottest draw — very possibly the most talked-about film at this year’s Berlin festival — was Soderbergh’s two-pic Che, an action bio of large artistic ambition. Screened in Soderbergh’s presence, 10 minutes of excerpts, mainly of first-part Argentine, had buyers talking bullishly about a work with the makings of a modern classic. 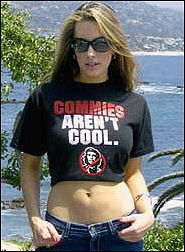 “Three U.S. buyers are circling Che, said Berlin reports. The number is most probably significantly higher than that, though Wild Bunch’s Vincent Maraval said [that] Wild Bunch was in no hurry to close a U.S. deal.”
The grapevine says the most likely U.S. buyer at this stage is Warner Independent. And no, Focus Features is not involved at this stage. A rumor got started along these lines a year or so ago, but I’ve been told Focus is not connected.
Hey, how about showing the two films as a gargantuan Lawrence of Arabia-styled two-parter with an intermission, running at least three or three and a half hours?