I still say Cate Blanchett should have won the Best Supporting Actress Oscar for her Dylan deal in I’m Not There — the most riveting, fascinating and feeling-ful peformance of 2007. The woman who did win….I can’t remember who that was. Thinking, thinking. It was Michael Clayton‘s Tilda Swinton but I had to look it up. She was very good, but I think her win was compensation because Clayton wasn’t going to win in any other big-five category and the Clayton lovers knew this, so Tilda was the lucky recipient. 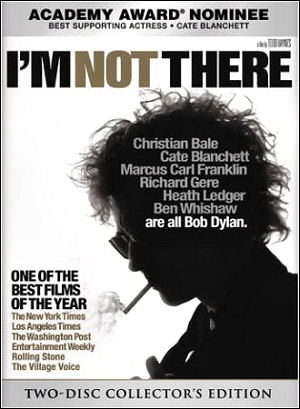 I’m Not There DVD is out May 6th. Not a must-rent as much as a must-own.

“I will tell you right now — Cate Blanchett will win the Oscar,” George Clooney told the Associated Press last October about his Good German costar. “She’s the best actor working today. Not actress — she’s an actor. Intimidating, in a way, to work with an actor that good.”