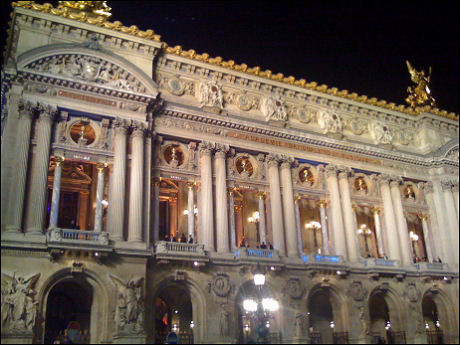 An exclusive IGN Movies clip from The Incredible Hulk — a portion of a fight between Emil Blonsky (as a military commando) and the Hulk.

[Final Nice Airport post before 7:15 pm Easy Jet flight to Paris.] I heard some scuttlebutt this afternoon about which films and filmmakers might win some Cannes Film Festival awards on Sunday evening, the principal buzz being that Steven Soderbergh‘s Che may — I say “may” — be in a favoring position to win the Palme d’Or.
The talk is that jury honcho Sean Penn is presumed to be advocating the Soderbergh, in large part because of his lefty political views. The Che downside, I’ve been told, is that Spanish-speaking cineastes up and down the Croisette are said to be down on it because of the “accent salad” rap — i.e., complaints that very few in the cast of Soderbergh’s film speak with a convincing Cuban accent. (Referring, I presume, to The Argentine.) No telling how jury member Alfonso Cuaron feels about this.
The other pro-Che factor, according to Envelope columnist Pete Hammond, is that Harvey Weinstein is vocally pushing for it with jury members.

The way I see it (and I realize I’m probably in the minority among attending journos), these olives are as memorable an aspect of the 2008 Cannes Film Festival, which I’ve now said goodbye to, as any of the films shown over the last nine days. 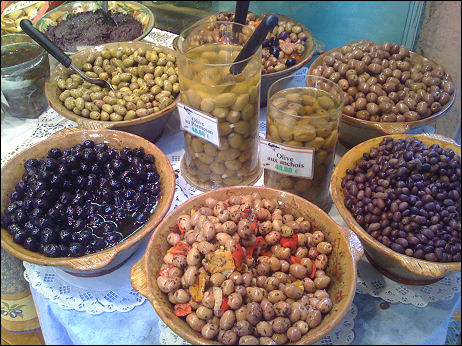 The first trailer for David Fincher’s The Curious Case of Benjamin Button, albeit in Spanish. This is presumably the same one that’s been playing in front of Indy 4 in U.S. theatres, but then I wouldn’t know. Is it? 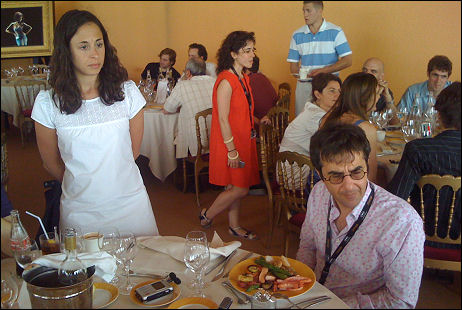 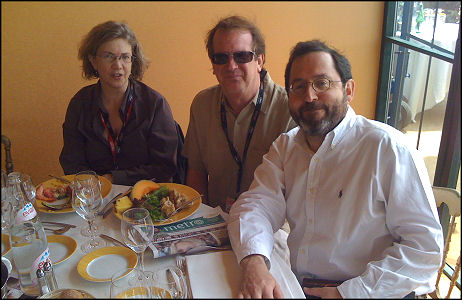 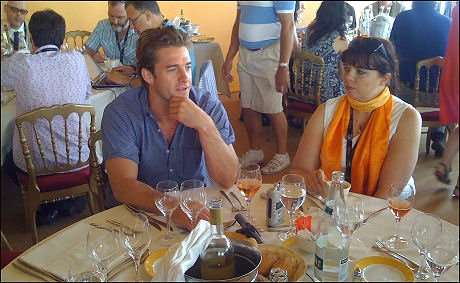 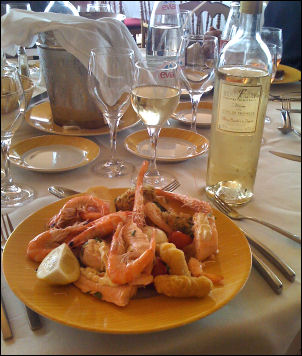 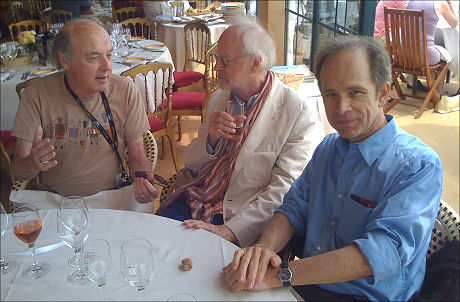 I have to get to a Sony Pictures Classics luncheon now. (Late for it actually.) I’ll post some kind of reaction to Charlie Kaufman‘s Synecdoche, New York later this afternoon. 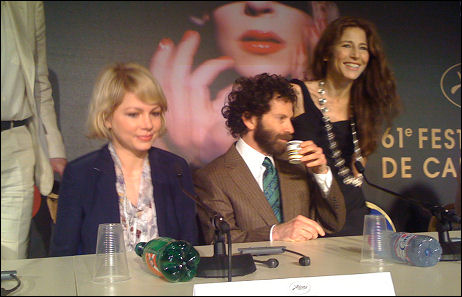 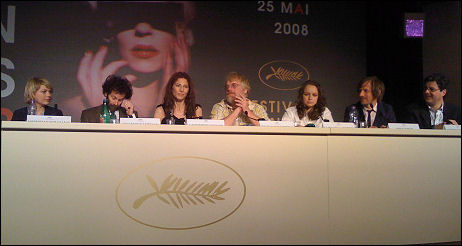 Rahul K. Parikh, M.D., has written an open letter to George Lucas and Steven Spielberg on Salon attacking…well, not these guys in particular but Paramount’s Indy 4 marketers for pushing junk-food tie-ins. The gist is that with childhood obesity now at alarming rates, movie tie-ins to fast food are irresponsible.
True, but why single Paramount out? Haven’t a fairly high percentage of summer tentpole movies used junk-food campaigns for at least the last couple of decades, if not longer? Not to sound cold or dismissive, but the writing has been on the wall for a long time and tens of millions of middle- and lower-middle-class parents (i.e., the ones living in self-enclosed membranes) either don’t want to read it, can’t afford to feed their kids healthy diets, or they’re too distracted or doped up themselves to focus and change course.
The brutal fact is that millions of sedentary, computer-game-obsessed kids in flyover states are doomed to suffer higher disease rates and shortened life spans due to morbid obesity, which is the inevitable result of eating crap and doing no exercise. Which is — okay, agreed — partly the responsibility of movie marketers, but more directly the responsibility of their parents. People out there are doped up on so many unhealthy things, and the corporations are naturally cool with this because they’re making big money from being the pushers. And I’m not just talking about junk food.

Fantasy Moguls’ Steve Mason is reporting that last night’s “box office results for Indiana Jones and the Kingdom of the Crystal Skull “are very good, but shy of the meteoric predictions made by many box-office analysts, including yours truly. It appears that the George Lucas/Steven Spielberg collaboration, the first Indiana Jones sequel in 19 years, grabbed an estimated $26 million yesterday. That’s well below the $50 million haul enjoyed by Lucas√É¬¢√¢‚Äö¬¨√¢‚Äû¬¢ Star Wars: Episode III √É¬¢√¢‚Äö¬¨√¢‚Ç¨≈ì Revenge of the Sith on Thursday, May 19, 2005. The film was thought to have a chance to surpass Sith’s $172.8 million 5-day record, but that’s now improbable at best.”