The influence of illustrator-designer Saul Bass persists and persists. Last year ThinkFilm’s Mark Urman ordered up a poster for Sidney Lumet‘s Before the Devil Knows You’re Dead that referenced the look of Bass’s classic one-sheets, and this year — now — we have a new poster that also hums with Bassian attitude, particularly in its use of a font similar to one Bass used in the ’50s and ’60s — hand-drawn, block letters — for the films of director Otto Preminger. Before revealing the new poster, here are three Bass samples: 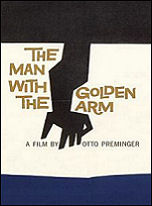 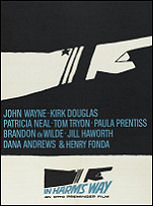 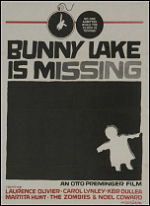 Saul Bass one-sheets for Otto Preminger’s The Man With the Golden Arm, In Harm’s Way and Bunny Lake Is Missing.

And here’s the new poster, revealed today on Cinematical, for Joel and Ethan Coen‘s Burn After Reading. The font is actually a mixture of Bass and Pablo Ferro‘s hand-drawn title design for the opening of Dr. Strangelove. 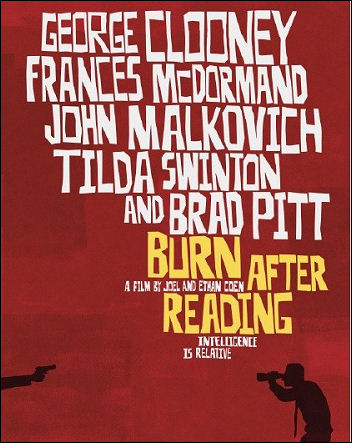 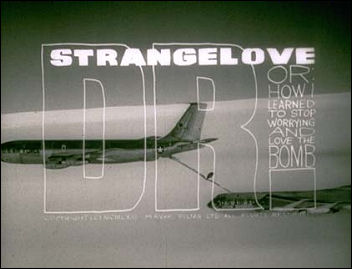 The one-sheet for Woody Allen‘s Vicky Cristina Barcelona (Weinstein Co., 8.29), exclusively previewed by the recently redesigned Cinematical, is, I feel, a work of near-genius because it makes this not-very-good film seem much hipper than it actually is. 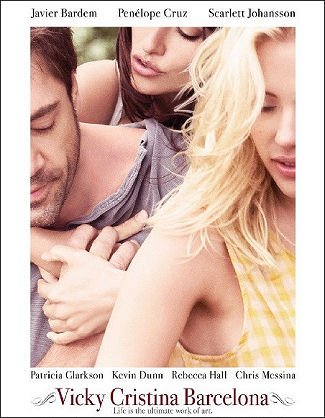 The success of Keith Olbermann and Countdown, like the success of Fox News’ Bill O’Reilly, “is evidence of viewer cocooning — the inclination to seek out programming that reinforces one’s own firmly held political views. ‘People want to identify,” says MSNBC senior vp Phil Griffin. ‘They want the shortcut. `Wow, that guy’s smart. I get him.’ In this crazy world of so much information, you look for places where you identify [or] fit into the spectrum, because you get all this information all day long.” — from Peter J. Boyer‘s New Yorker 6.23 profile of Olbermann, called “One Angry Man.”

Jed Lewison‘s Jed Report, which has been active for a bit more than a year, is a well-written, professionally designed, politically savvy site devoted to criticizing, undermining, slamming, diminishing and otherwise taking down and torpedoing John McCain. (And, of course, doing the opposite to and for Barack Obama.) Definitely a daily stop-over for the next five and half months.

Joining a chorus formed by myself, Variety‘s Peter Bart and the Orlando Sentinel‘s Hal Boedeker, the San Francisco Chronicle‘s Debra J. Saunders is the latest to take offense at the treacly torrent of Tim Russert tributes.
“The hours and hours of tributes across the cable spectrum show the news media at their worst,” she’s written. “For me, the Russert weekend only served to confirm my suspicion that in 2008, cable TV stations can only do one story at a time — and then they overdo it, and beat it silly.
“Part of the Russert Weekend phenomenon can be credited to a profession’s prerogative. Figure that doctors receive the best medical attention, bartenders pour generous drinks for each other and mortuary owners rate posh funerals. Likewise, one of the perks of journalism is that when we kick the bucket, we get a nice send-off story. But there is another tenet of the profession that Washington TV news bureaus seem to have forgotten in the shock of Russert’s passing: We are not the story.” 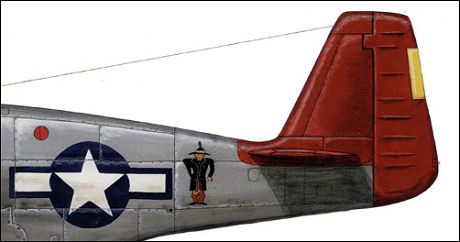 Yesterday the New York Observer‘s Jason Horowitz reported that “a former bundler to Hillary Clinton just called in to tell me that Barack Obama‘s selection of Patti Solis Doyle as chief of staff to the campaign’s eventual vice presidential nominee is the ‘biggest fuck you I have ever seen in politics.’
“The donor, speaking on background, said that everyone in Clinton circles knows the two have hard feelings towards one another and haven’t spoken since Clinton removed Solis Doyle as campaign manager, and that Clinton loyalists view her with deep suspicion and believe that Solis Doyle is shopping around a book deal and acted as a background source for an extremely harsh Vanity Fair piece about Bill Clinton.
“‘Either one of two things happen,’ said the bundler. ‘Hillary is selected as vice president and they fire Patti, or Hillary is not going to be the vice president.’
“The bundler said that Clinton loyalists were livid over the pick. ‘You don’t hire Patti Solis Doyle for her operational expertise,’ said the bundler. ‘You don’t do that. This is someone who failed dramatically at her job. You only bring her on to fuck someone else.'”

Yesterday Variety‘s Peter Bart bloggy-blogged about Fenton Bailey and Randy Barbato‘s Heidi Fleiss: The Would-Be Madam of Crystal, which will have its world premiere at the Los Angeles Film Festival on 6.26 and 6.28 (at the Crest and the Landmark, respectively). HBO airings will follow.

I got to know Heidi somewhat during the Hollywood madam hoo-hah days of ’93 and ’94. I remember paying a visit at her home on Tower off Benedict Canyon, and Heidi asking me at one point if I was a cop. She’s running a place called Dirty Laundry in Pahrump, Nevada, these days. She’s a decent sort. She helped me in the ’90s with this and that story. It’s disconcerting to read in Bart’s piece that she admits apparently in the Bailey-Barbato doc) that she “still has a meth problem.” Jesus. As life isn’t hard enough on its own terms.

In observance of tonight’s final showing of Rene Clement‘s Is Paris Burning? (1966) at the New Beverly Cinema, there’s an underlying humor scene between Gert Frobe (as the good German general who defied Hitler’s orders to torch the city) and Orson Welles (as a Swedish diplomat) in the middle of this YouTube clip.

It was noted by a Time magazine reviewer that Welles’ concerned expression seemed to be driven by hunger for the cakes and pastries sitting before Frobe. Watch this scene with this interpretation in mind and it’s a scream. Welles does seem to be doing everything he can not to think of the food in front of him, his resolve melting by the second.
Is Paris Burning? is a ambitious but boring film that lost money. You can tell from the pacing and the cutting of the Frobe-Welles scene why it bombed. Kirk Douglas as Gen. George S. Patton?
That said, could the jacket art for the 2003 Paramount DVD be any more off-putting? It’s like the Paramount Home Video art director said to the artist, “I want you to create jacket art that will repel each and every prospective viewer. Not just the under-25s, not just World War II buffs, not just the cinefiles who may want to see this thing out of respect for Rene Clement. I want every last person on the face of the planet to look at this thing and go, ‘No!…I don’t want to see this.’ Can you do it?” 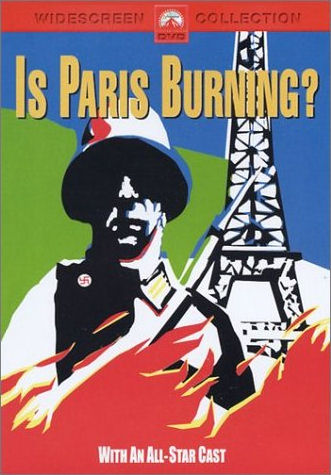 It was reported yesterday that Tony Schwartz, the creator of the infamous 1964 “Daisy” TV spot — the first ad to famously and notoriously trash a political contender (i.e., Barry Goldwater) based on slimey innuendo — has died at age 84. You could say that Schwartz was the Godfather of the televised smear ad and all the scumbucket political ads that followed in its wake — the Lee Atwater- Willie Horton ad, the 3 am phone call ad from the Hillary Clinton campaign, etc. The truth is that if it hadn’t been Schwartz it would have been somebody else.

Hired by the Lyndon Johnson campaign, Schwartz “collaborated with a team from the Doyle Dean Bernbach ad agency to create the spot featuring a little girl counting aloud as she removed the petals of a daisy,” says an AP obit by Deepti Hajela.
“The scene then changed into a countdown to an atomic blast. Johnson did the voiceover with the line, ‘We must either love each other, or we must die’ — a paraphrase of a famous W.H. Auden poem written to mark the start of World War II.
“The ad made no mention of Goldwater, Johnson’s Republican opponent, but the implication was clear. After public criticism, it was withdrawn. The spot has been credited with ushering in an era of negative political ads.
“Bill Geerhart, who runs a website called CONELRAD, a Cold War pop culture site, said the ad was a dramatic departure from the previous election cycle. ‘It’s light years ahead of that,’ he said.” 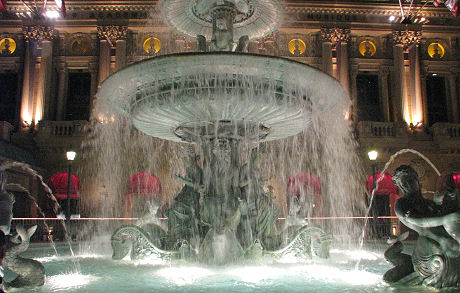 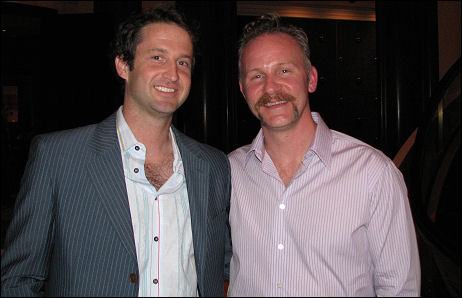 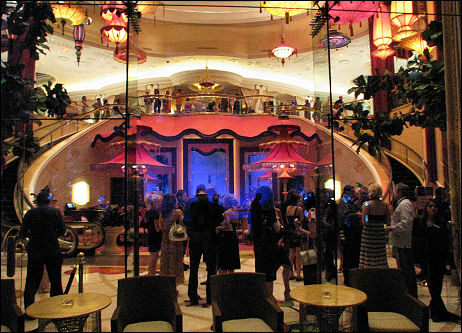