Let’s hear it for the opening of the Fred MacMurray Museum in the Heritage Village Mall in Beaver Dam, Wisconsin. It’s opening partly to commemorate the fact that MacMurray, a Beaver Dam resident in his youth, was born 100 years ago. And because he was famous and well-liked for his quick smile, amiable nature and sure touch with comedies. But MacMurray’s rep would be nothing if he hadn’t played a couple of weak, selfish and gone-astray insurance guys in a pair of first-rate Billy Wilder films.
It was MacMurray’s portrayal of Walter Neff, the insurance salesman who couldn’t keep his mind off Phyllis Dietrichson‘s anklets, in Double Indemnity that rescued him from the amiable good-guy thing. He was saved again when he played Jeff Sheldrake, the selfish and manipulative chief of a New York insurance company in The Apartment. Without these two, news of the MacMurray Museum would be limited to local Wisconsin papers and T stations because people like me wouldn’t care that much.
All MacMurray had on his resume otherwise was…okay, Keefer in The Caine Mutiny, but that film belong to Van Johnson and Jose Ferrer. But otherwise his resume was one light and amiable deal after another — My Three Sons, the ’60s TV series, and Bon Voyage, Follow Me, Boys!, The Absent-Minded Professor, The Egg and I, Trail of the Lonesome Pine, etc. Gimme a break.

My father, James T. Wells, Jr., had 86 years of good living, mostly. He was miserable at the end, lying in a bed and watching TV, reading and sleeping and not much else. I think he wanted to go because his life had been reduced to this. He was a good and decent man with solid values, and he certainly did right by me and my brother and sister as far as providing and protecting us and doing what he could to help us build our own lives.

But he was also, to me, a crab and a gruff, hidden-away soul (his Guam and Iwo Jima traumas as a Marine during World War II mashed him up him pretty badly) and even, it seemed at times, something of a bitter curmudgeon. But not altogether.

I feel very badly for his suffering the indignities of old age and the mostly horrible life he lived over his final year or two. I know that whatever issues I have with my manner, attitude or personality, it is my charge alone to deal with, modify and correct them. But I also know deep down that Jim Wells was the father of it. He lived in a pit so deep and dark you needed a kleig light to see around.

He was a lifelong Democrat who hated John Wayne for his pro-war posturings. He liked Simon and Garfunkle but never got the Beatles,which always flabbergasted me. He actually thought that Michael Herr‘s Dispatches was a waste of time. My brother tried to get him to watch The Limey and he wouldn’t do it. He lived in his own world and could be a real pain to hang with at times. He was foul and nasty and a snappy contrarian about everything during a trip we took to Lake George about 12 years ago. My son Dylan (who was with us) and I did everything we could to escape his company.

I distinctly remember feeling tear-struck in 1986 when I learned of the death of Cary Grant, whom I’d always regarded as a beloved debonair uncle of sorts. I didn’t feel anything close to that when I heard the news about my dad the night before last. The truth is the truth.

The best thing that happened between the two of us is that by living a kind of cautionary life, he taught me not to be like him. Because he was an aloof, non-affectionate prick with a martini glass in his hand during my childhood, I made a point of being constantly loving and physically affectionate with my kids, and it woke me up to the perils of vodka and lemonade in the mid ’90s. My habit these days is to constantly watch my behavior for the sins of Jim Wells-iness, and when I notice myself acting like him, I correct myself.

In the summer of ’05 I raised a glass of respect to a former next-door neighbor named Doc Sharer at his 80th birthday party at his home in Westfield, New Jersey. I told him it was my ambition to have his joie de vivre and spirited attitude when I got be his age. I don’t ever want to be like my father was, save for his steadiness and creativity and devotion to history books. And yet he did give me the writing bug and the wit and the wiseass attitude.

We went to a 20th Century Fox gathering on the lot a few years ago, and I remember saying aloud upon reading the menu that they would be serving “island food.” Without missing a beat, he looked at me with a solemn expression and said, “Staten Island.” I also introduced him to Tony Curtis during that trip. I remember that he gave Curtis a book of writings by Samuel Johnson.

That was my dad. I’m sorry for my mom and what she must be going through (which I can only guess at) but I’m fine with working and posting today because in personal-emotional terms the man was never a pillar of support or strength for me. The bottom line for me is that he was the guy who did what he could given his baggage and whatnot — he supported me financially and helped me out of three or four jams when I was a struggling New York journalist — but emotionally and spiritually he was a lousy dad and knew it. He told me this in so many words in a rare moment of candor in the mid ’70s. He wasn’t cut out for it.

And one result is that he contributed greatly to psychological and emotional factors that prodded me into being a malcontent — an anti-authoritarian rebel — and which almost turned me into an under-achieving suburban loser. Thank God I had the spirit and the moxie — summoned entirely on my own with no help from anyone — to climb out of that hole.

I trust my father is now at peace. He seemed to find little enough of it while he was alive. He may have known an entire spiritual life that was wonderful and serene for all I know, but the art of the man’s life is that whatever good things were going on inside, he kept most of them hidden.

“Akin to being locked with a clergyman and a clown in a flaming car hurtling over a cliff.” — from a review of Mike Myers‘ The Love Guru by the Toronto Star‘s Peter Howell. Proving that there’s sometimes an upside to watching terrible movies. They can get you so worked up that you succumb to a kind of temporary insanity, and out of that fanged-tooth madness come images of deranged clowns, flaming cars and the comfort of an early death, Thelma and Louise-style. 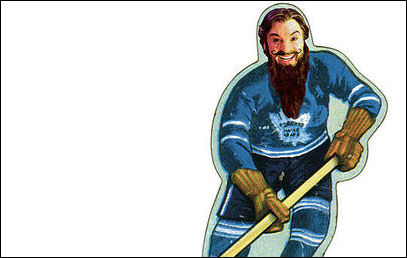