One of the few things I really enjoyed about Get Smart was the apparent visit to Moscow. Apparent, I say, because Steve Carell and Anne Hathaway seem to actually be in Red Square, I mean, and not…you know, some seamless CG backdrop recreation stitch job. Which I half suspected it was. 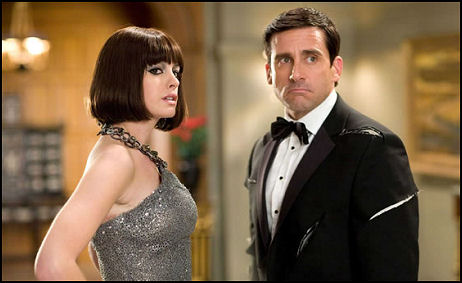 I didn’t fully enjoy the Moscow footage, in short, because a part of me suspected it was fake despite what my eyes were telling me. I’ll say it again: Carell, Hathaway and the crew did in fact visit Red Square, unless the video is a put-on. Despite the IMDB’s location page saying otherwise.
Except it doesn’t matter because nobody believes it when a movie crew goes somewhere for real and uses real-life backdrops. Even if we’ve been repeatedly told on the entertainment tabloid shows they’ve literally gone to Moscow or Beijing or Paris, we still don’t believe it because showing realistic fake backdrops is a snap these days if you have the CG budget. And we know going in that Get Smart is a fairly heavily budgeted, big-studio package so who cares? They should have shot the actor footage in Burbank and made the Moscow part happen in post.
The only way I’ll believe that a film has actually shot footage in some exotic city is if the film is a lower-budget indie. I know those guys don’t have the money for CG budgets so I’ll believe that they sprung for air fare if I see, let’s say, Rome’s Piazza Navona in a scene. Otherwise, forget it. 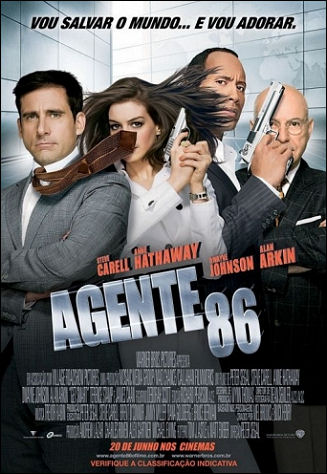