If you were Barack Obama, wouldn’t you make a point of visiting western Europe, Iraq and points in between now and the August Democratic convention? It would help enhance your foreign-policy credentials (image-wise, at least), and allow you to bask in your reported huge popularity over there, in Western Europe particularly but also in the Middle East. A 6.13 McLatchy report, in any event, says such a plan is probably in the works. 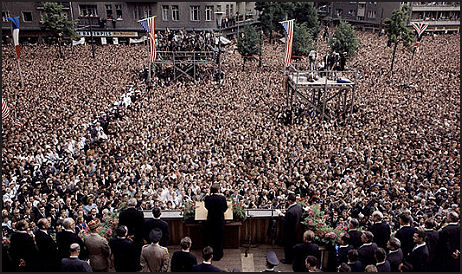 As N.Y. Times columnist Frank Rich wrote a week or so ago, “When the world gets a firsthand look at the new America Mr. Obama offers as an alternative to Mr. McCain’s truculent stay-the-course, the public pandemonium may make J.F.K.’s ‘Ich bin ein Berliner’ visit to the Berlin Wall look like a warm-up act.”