An interview between original Inglorious Bastards director Enzo G. Castellari and Quentin Tarantino on the forthcoming three-disc DVD (out 7.29) of his 1978 film reveals that Tarantino’s new version of the film, which may be shot and released sometime before 2010, will be a two-parter like Kill Bill. This, at least, is what Harry Knowles is reporting. Good God. 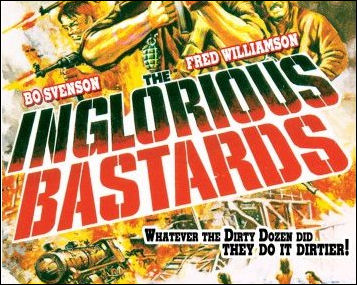 The interview, says knowles, also reveals that Tarantino “has been writing almost non-stop on Inglorious Bastards.” Is that why Tarantino said at last month’s Cannes Film Festival that he’d finished a first draft? After talking about wanting to make this thing for…what, the last nine or ten years?