This Spencer Ackerman piece in yesterday’s Washington Independent is definitely worth reading because it asks a fascinating question — is Batman’s become-my-enemy response to the Joker’s aggressive anarchy in The Dark Knight analagous to Vice-President Dick Cheney‘s approach to dealing with Islamic terrorism? In other words, is Chris Nolan‘s film some kind of stealth right-wing statement? 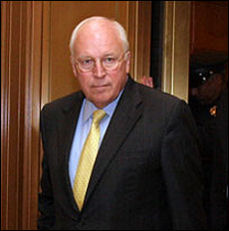 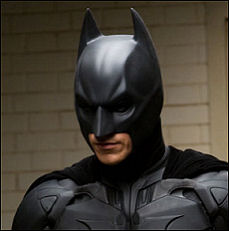 “The thought of Vice President Dick Cheney in a form-fitting bat costume might be too much for most people to bear. But the concepts of security and danger presented in Christopher Nolan‘s new Batman epic, The Dark Knight, align so perfectly with those of the Office of the Vice President that David Addington, Cheney’s chief of staff and former legal counsel, might be an uncredited script doctor.
“Insofar as it’s possible to view an action movie that had the biggest three-day-opening in cinematic history as a comment on the current national-security debate, The Dark Knight weighs in strongly on the side of the Bush administration. Confronting the Joker, a nihilistic enemy whose motives are both unexplained and beside the point, the Batman faces his biggest dilemma yet: whether to abuse his power in order to save Gotham City.
“Again and again in the movie, the Batman’s moral hand-wringing results in the deaths of innocents. Only by becoming like the monster he must vanquish can Batman secure a victory that even he understands is Pyrrhic.”